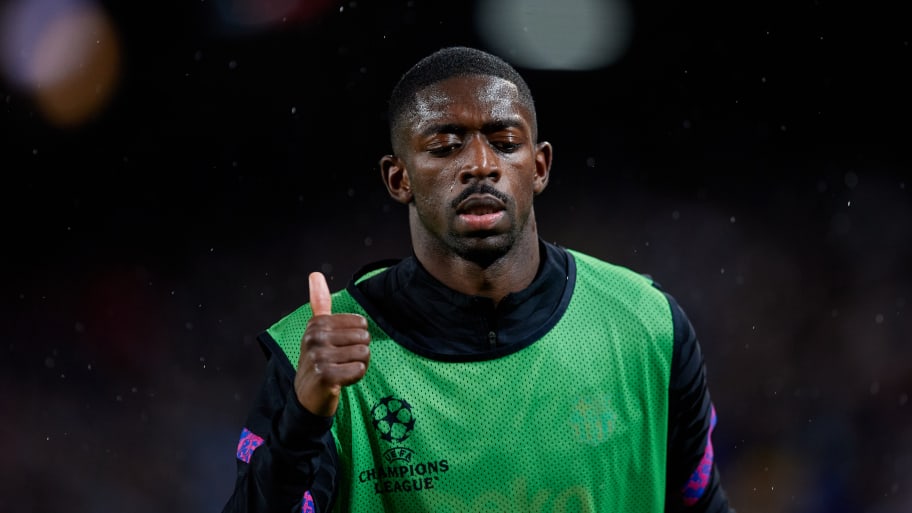 Tottenham have 'tempted' Ousmane Dembele with a move to north London as his future at Barcelona remains in doubt.

The Frenchman's contract expires at the end of the 2021/22 season, though Barça are determined to tie him down to a new deal.

Club president Joan Laporta recently claimed that Dembele is better than compatriot and Real Madrid target Kylian Mbappe, but Barcelona are only willing to offer him a pay-as-you-play style contract because of his long history with injuries.

However, Dembele could receive guaranteed money from several top sides in Europe and will be eligible to discuss deals with those clubs in January.

Mundo Deportivo report that Manchester United and Newcastle have already sounded out their interest to Dembele's camp - though the Magpies' precarious Premier League position weakens their stance - and now add that Spurs are 'tempting' the winger with their project.

Tottenham's managing director of football Fabio Paratici was keen on Dembele during his time at Juventus, and wants to supply head coach Antonio Conte with elite talent in order to compete at the top of the Premier League.

Spurs would plan on using Dembele on the right-wing in a 3-4-3 formation - Lucas Moura has played there so far under Conte but failed to impress.

Tottenham fans made a fuss when Dembele appeared on an Instagram story wearing a Spurs shirt, sporting the number of namesake Mousa, when he was at Borussia Dortmund in 2017. In more recent times, the English team he has spoken most fondly of has been Leeds United.

Barcelona feel that Dembele's entourage want to drag out contract talks until they are eligible to freely speak with other teams, and so Barça have set a deadline of mid-December in order to agree terms on a fresh deal.


This article was originally published on 90min as Ousmane Dembele 'tempted' by Tottenham transfer.