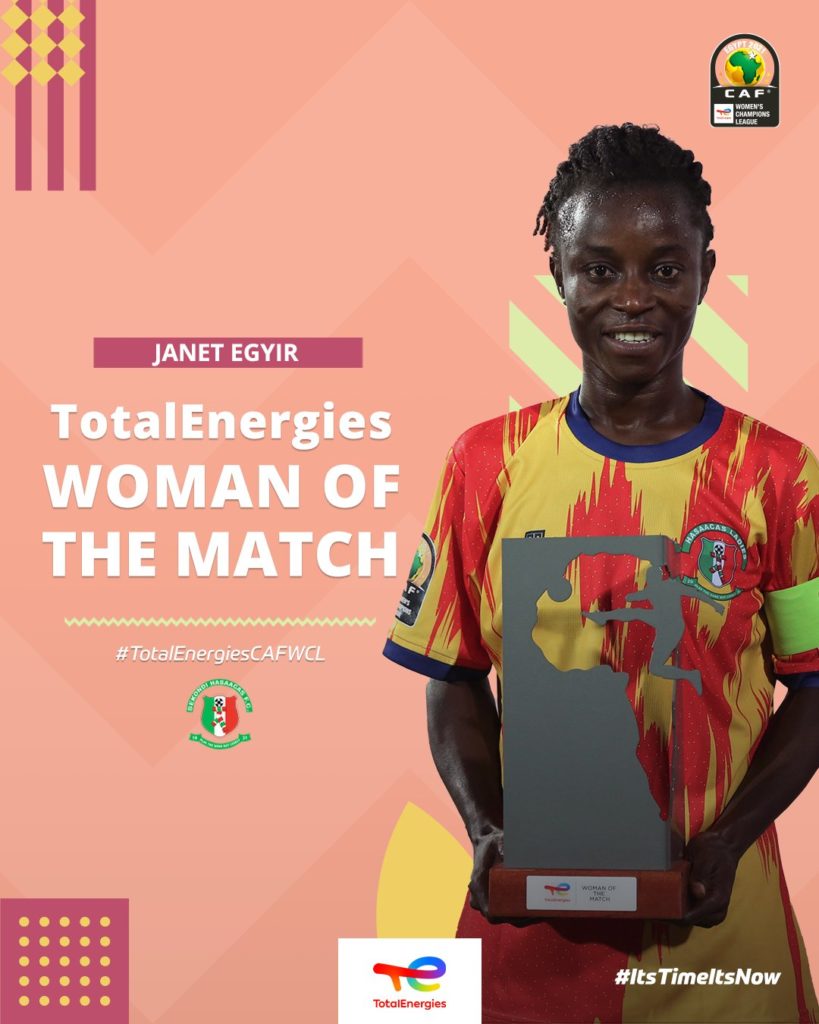 Hasaacas Ladies captain Janet Egyir has been crowned Woman of the Match after her side's 2-1 against AS FAR ensured the Ghanaian giants reached a historic CAF Champions League final on Monday.

The powerful defender was rock solid after her side bagged the win in Egypt.

Egyir put up a marvelous performance against the Moroccan side to be crowned Woman of the Match.

Doris Boaduwaa opened the scoring for the Ghanaian side before Najat Badri scores the equalizer for the Moroccan side.

Evelyn Badu converted Doris Boaduwaa's cross into the back of the net with a powerful header to make it two.

The Ghanaian champions are hot favourites to win the competition following their breathtaking performances in the group stage.

They opened their account with a 3-1 win over Malabo Kings and scored three again in their second game against AS Mande.

Hasaacas Ladies scored two in their last game but wasn't enough as they drew 2-2 with Wadi Delga, a result that confirmed their first position in the group.

Their opponents ASFAR managed four points from three games to qualify for the knockout stage.