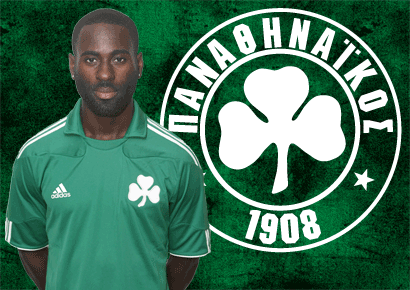 The Athens side have also won the option to sign Owusu-Abeyie permanently next summer.

The move means Abeyie will play in the Uefa Champions League this season.

GHANAsoccernet.com broke the news of his deal last week and the Ghana international arrived in the country last night to complete the move.

The 25-year-old moves on a season-long loan from Qatari club Al-Sadd.

Owusu-Abeyie was born in Holland but has played for the Black Stars and has 15 caps.

He started out at Ajax before moving to join Arsenal and had spells at Spartak Moscow,

He then joined Al-Sadd in 2010, but spent last season on loan to Malaga in Spain.