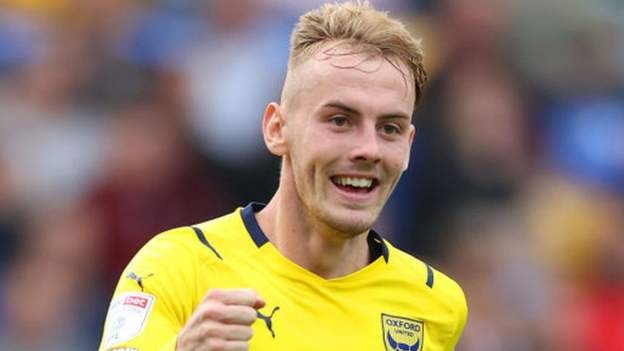 Sykes scored eight goals in 40 appearances for Oxford this season

Oxford United midfielder Mark Sykes is expected to complete a move to Championship side Bristol City on Monday.

The 24-year-old will sign a three-year deal pending a medical.

Sykes was set to be out of contract this summer, three-and-a-half years after he joined Oxford from Irish Premiership side Glenavon.

He made 40 appearances for the League One outfit this season as they finished eighth.

In March, Sykes received his first call-up to Stephen Kenny's Republic of Ireland squad but is yet to make his senior international debut.

The Belfast man played for Northern Ireland under-21s but made the decision to switch allegiances and pursue an international career with the Republic in 2020.