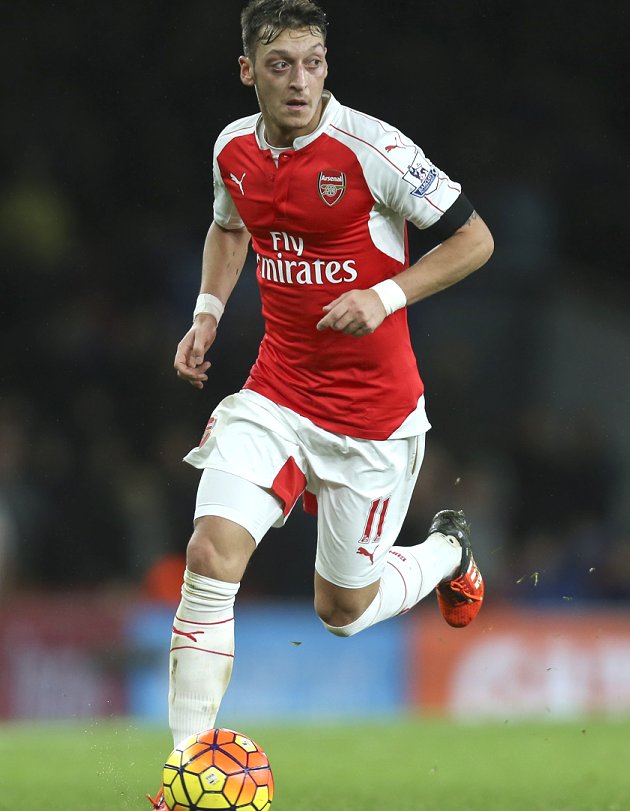 Mesut Ozil is determined to continue fighting for this season's Premier League title with Arsenal.

The Gunners sit third on the table, 11 points behind league leaders Leicester City, but have one game in hand on the Foxes who seven fixtures remaining.

While Ozil admits Arsenal have lacked focus and concentration at times this season, the German playmaker has not lost hope that the North Londoners can bridge the gap with the high-flying East Midlands outfit as well as fierce rivals Tottenham Hotspur who occupy second position on the standings.

"I do not think it impossible," he told German newspaper Welt am Sonntag.

"Although there are only a few games left, Leicester have a run against some of the big teams to come.

"We ourselves must in any case not allow any more slip-ups. The hope of the title is still there - we have the players for the title."

He added: "We see in every game that players of Leicester want to achieve something. We ourselves have not been focused in every game, and that is not possible in the Premier League since there is no opponent you can beat easily.

"Leicester have been great, but there are still a few games. I think we still have a chance to catch up Leicester. We must, of course, hope for mistakes."