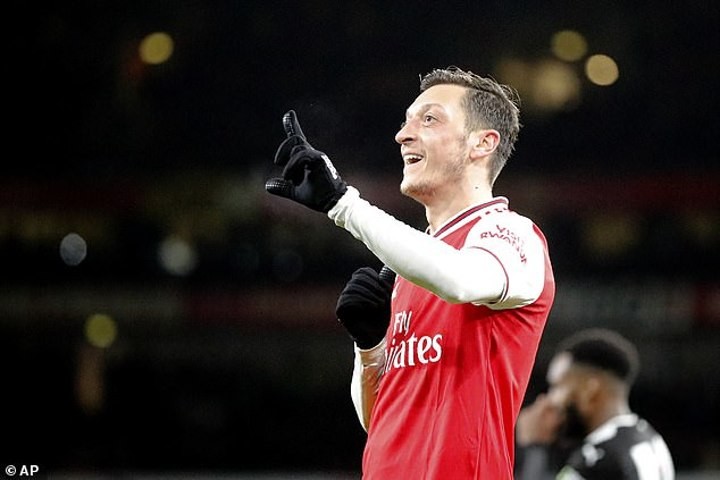 Graeme Souness has criticised Mesut Ozil despite the midfielder having ended his lengthy wait for a goal.

Ozil was on the scoresheet in Arsenal's 4-0 victory at home to Newcastle on Sunday as he scored his first goal since April 2019.

However, that wasn't sufficient to please Souness, who stressed that the 31-year-old needs to 'bust a gut' and 'get angry with himself' during difficult moments.

Speaking on Sky Sports, Souness said: 'He keeps the ball but same old accusation, does he bust a gut? No. Does he do the hard yards? No he doesn’t always.

'If he could get angry with himself he would (still) be at Real Madrid. Wenger was easy on him, Emery was hard on him, now it is a new manager’s turn. He is not a boy any more, he is man who knows what he has to do be successful.'

Ozil has provided just one assist in the Premier League this season and has received a considerable amount of criticism for some of his performances.

The former Germany international was used sparingly under Unai Emery but has featured more frequently since the appointment of Mikel Arteta.

Ozil will hope that his goal against Newcastle will precede a strong conclusion to the campaign.

The victory, which also saw goals from Pierre-Emerick Aubameyang, Nicolas Pepe and Alexandre Lacazette, saw Arsenal move up to tenth place in the Premier League table.

Next up for Ozil and Arsenal is a trip to Greece for Thursday's Europa League clash against Olympiacos.