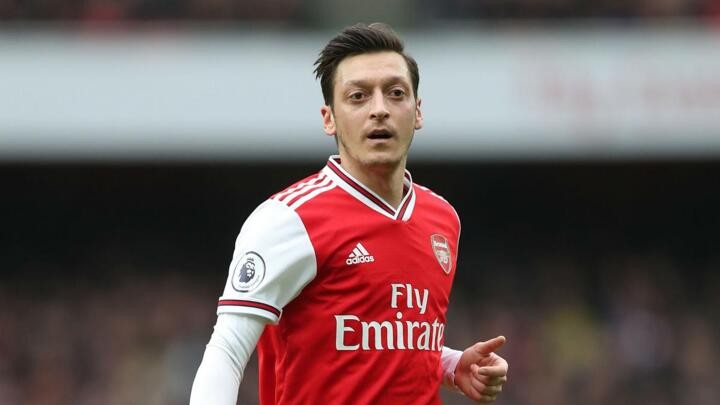 It appears Mesut Özil's move from Arsenal to Fenerbahce is imminent, as suggested by his latest Twitter post.

Mesut Özil has hinted his expected switch to Fenerbahce is imminent amid reports he reached an agreement with Arsenal over the termination of his contract.

Özil: from Real Madrid to Arsenal to Fenerbahce

It was reported by The Athletic on Saturday that Arsenal and Özil had agreed "in principle" to cancel the German midfielder's contract following a difficult few years at the club.

Özil arrived from Real Madrid in 2013 and was a key player for several seasons – his 54 Premier League assists in that time is bettered by only Kevin De Bruyne (75), David Silva (63) and Christian Eriksen (62).

But he fell out of favour under Unai Emery and, despite initially working his way back into the first-team reckoning with Mikel Arteta, that did not last long either.

He is yet to play a game in any competition this season, and with his contract up at the end of the campaign, it was only a matter of time before he secured a new home.

Fenerbahce quickly emerged as the favourites, helped by the fact Özil grew up as a supporter of them, and his latest social media activity strongly suggests an announcement is imminent.

Fener tweeted "Come let's be night with day", lyrics from a song by Turkish singer Tarkan, to which Özil replied with yellow and blue heart emojis followed by one of an egg timer.

Turkish media publications have claimed this was Fener's first social media post for their announcement of Özil's signing.

Additionally, Özil's tweet highlighted he has changed the colour scheme on his personal brand logo from red and black to yellow and black.