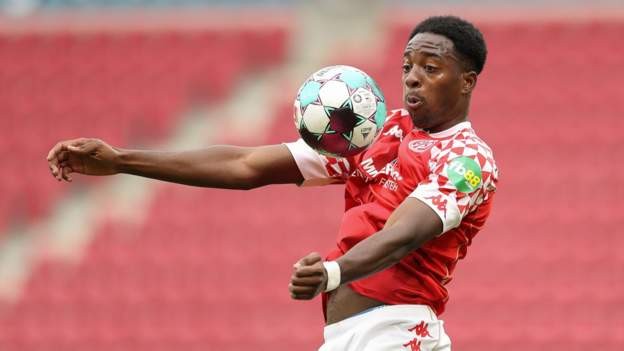 Crystal Palace are close to signing striker Jean-Philippe Mateta on an 18-month loan from Mainz.

Mateta, who has scored 10 goals this season including seven in the Bundesliga, is due to have a medical on Wednesday.

The loan deal for the Frenchman comes with an option to buy.

The 23-year-old will give manager Roy Hodgson another option in attack and help a side who have struggled for goals this season.

Christian Benteke has scored three league goals, Jordan Ayew has only scored one and Michy Batshuayi has not opened his account since re-signing on loan from Chelsea.

The south London side have a number of senior players entering the last few months of their contracts and have already made a space in the squad following Max Meyer's release this month.