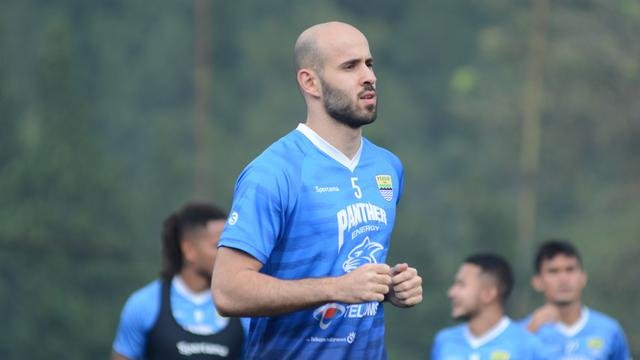 Palestinian midfielder Mohammed Bassim Ahmed Rashid has revealed he chose to join Persib Bandung after being convinced by  Michael Essien.

Ahmed Rashid joined the Indonesia side in 2017 after holding talks with former Chelsea star Michael Essien.

"I remember Persib when they recruited Michael Essien. At that time it became a very big (viral) conversation because all the news and social media were busy talking about it," said Rashid on Persib's YouTube.

After that, the midfielder who was involved with the Palestinian national team in the 2022 World Cup Qualification round was more familiar with Persib and began to follow the Indonesian League.

"In 2018, I was with the Palestinian U-23 national team playing in the Asian Games and that made me want to play in Indonesia even more," he said.

The player who was born on July 3, 1995 feels that the atmosphere on the field is very beautiful. Even the Indonesian people welcomed the team very well.

"You know, things like that attract the attention of this country," he said.

"I have friends from the national team who play in Indonesia such as Jonathan Cantillana, Yashir Islame and Mahmoud Eid. We keep in touch and they talk about the League here and the atmosphere here is very interesting, so I am very, very happy," he explained.

Rashid was finally relieved because his desire to play in the Indonesian League was realized. He received an offer to join Persib Bandung.

"I can't describe this feeling, but honestly it's very good. It's an honor for me to be a part of this club and I can't wait to play in Indonesia soon," he concluded. (Muhammad Ginanjar)