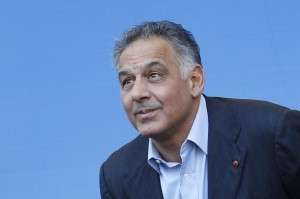 Roma president James Pallotta has praised the work of coach Luciano Spalletti since his return to the Giallorossi.

Spalletti has led his team to seven wins on the trot, including a 4-1 demolition job of Fiorentina on Friday. Over the course of this run I Lupi have also scored 22 goals, an average of just over three per game.

“This team plays together in a compact manner and they’ve done so for a while now.” said Pallotta to Roma TV after the win over La Viola.

“We’re a little disappointed with the penalty decision but we responded well after half-time and scored another to seal the win.

“The job Spalletti is doing is extraordinary. [Stephen] El Shaarawy loves him, but the reason he’s scoring so much is because the team moves in unison.

Pallotta was also optimistic about Roma’s chances in their Champions League last 16 second-leg against Real Madrid, despite being 2-0 down on aggregate.

“Against Real Madrid I expect us to do well defensively, we also scored four goals today and I do not see why we could not recover in Spain.”