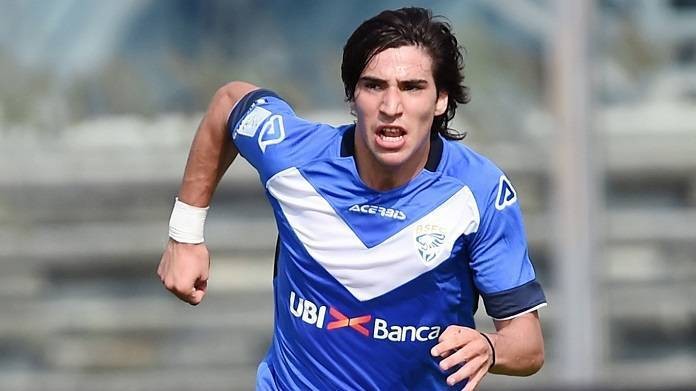 Sandro Tonali is one of Serie A’s brightest young talents, and it looks as though AC Milan has joined the race to try and land him from Brescia.

The 19-year-old has been compared to Andrea Pirlo by the media, and while his passing range may not be the same as the World Cup winner, the sky is the limit for the Lodi native.

Calciomercato.com reports Brescia have slapped a €50 million price tag on Tonali, and it’s believed that Juventus and Inter lead the race for his signature.

However, it looks as though Milan are ready to make their presence felt as he his youth and wages fall in line with the Rossoneri’s policy regarding new signings.

Tonali is a noted Milan fan, but that won’t be enough to secure his signature from Brescia, which is why any move would be dependant on the sale of Lucas Paqueta.

The young Brazilian has fallen down the pecking order at the San Siro, and it’s believed Benfica are keen to give the 22-year-old a new home – something the Rossoneri would not be against.