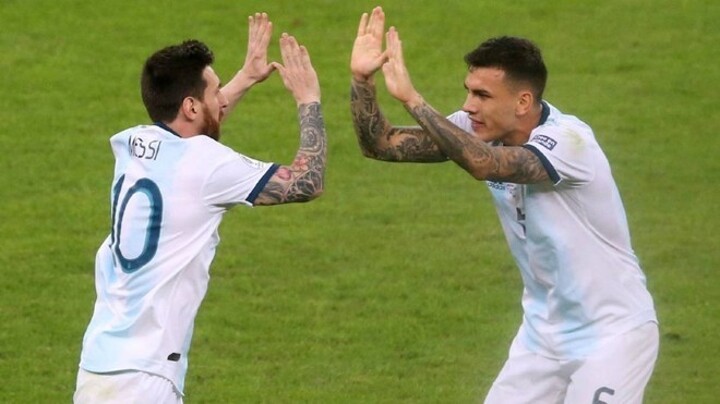 Leandro Paredes has dropped a hint over Paris Saint-Germain's pursuit of Lionel Messi.

The French side are one of the clubs that can afford to sign the Barcelona forward, whose contract at the Camp Nou is up at the end of the season.

Mauricio Pochettino's arrival at the Parc des Princes could make a move to Paris even more enticing for compatriot Messi.

"It's up to Leo to come to the club, because PSG are trying to convince him," Paredes revealed to Corriere dello Sport.

"To be able to be coached by a coach from your country and the possibility of playing with Leo is a great opportunity... I hope it happens."

As well as the chance to link up with international teammates Paredes and Angel Di Maria, Messi would be reuniting with former Barcelona teammate Neymar in Paris if he joins.