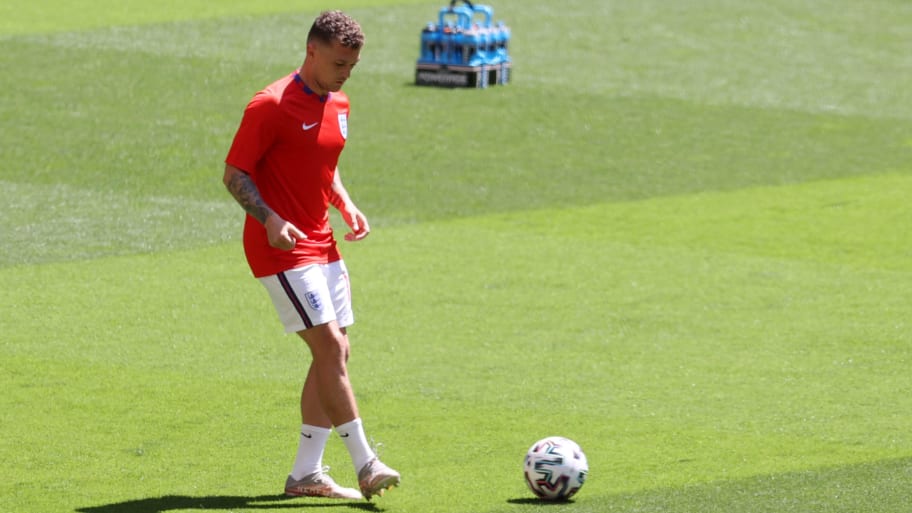 Atletico Madrid and England defender Kieran Trippier has emerged as a target for Paris Saint-Germain this summer after they were priced out of a move for Inter's Achraf Hakimi.

The Parisians were linked with Hakimi as they look to strengthen at right back, with the Moroccan expected to leave Inter this summer. The Serie A giants desperately need to raise funds due to their well-publicised economic difficulties.

However, according to Mundo Deportivo, Inter's reported €80m asking price has led to PSG exploring alternative options, one of which is former Spurs defender Trippier.

Manchester United are also considering a move for the full back, but they've been unwilling to meet La Liga champions Atletico's €50m asking price so far.

Trippier made his Premier League breakthrough with Burnley and his performances prompted Spurs to make their move in 2015. Signed for just shy of £5.5m, the full back played 114 times for the Lilywhites prior to joining Atletico for almost three times the price they'd signed him for.

He is currently on international duty with England at Euro 2020 but that hasn't stopped the rumour mill turning with regards to his future. While PSG are considering a move for Trippier, they'd prefer to sign Hakimi if the finances of it all make sense. However, they're preparing themselves for the eventuality Inter price them out of any deal.

With Alessandro Florenzi returning to Roma following his loan spell in the French capital last season, right back is a priority position for Mauricio Pochettino in this summer's transfer window.

The 22-year-old and relatively inexperienced Colin Dagba is currently the Argentinian's only option on the right side of defence, with the need to strengthen clear as PSG look to wrestle back the Ligue 1 title and challenge for the Champions League next season.