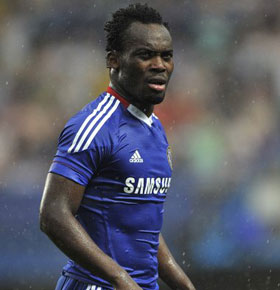 Essienâ€™s switch was necessitated by his absolute zero first team opportunities at Stamford Bridge under Roberto Di Matteo this term.

The 29-year-old had fallen down the perking order with hints of a regime change at Chelsea.

But Parlour insists Essien could have still played ahead of Di Matteoâ€™s preferred choice of Nigerian John Mikel Obi in the Bluesâ€™ midfield.

â€œMichael Essien is a very good player, I played against him many times when he was younger then,â€ he told GHANAsoccernet.com.

â€œBut he has always been a talented player, I have always been amazed that he has not been in this Chelsea team a little bit more.â€

The ex Olympique Lyon enforcer now has the opportunity to prove he is still the real do by reliving his glory days under manager Jose Mourinho â€“ under whom Essien thrived most at Chelsea.