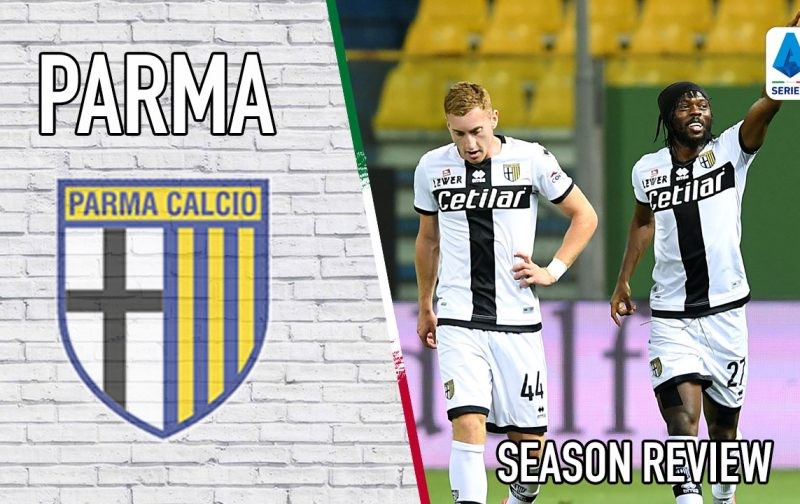 Parma’s 2019/20 season is another that, just like 2018/19, could be divided into two parts. Both of their top-flight campaigns since returning have started well before slowing down after Christmas.

That drop off was even more extreme this season after the post-COVID-19 restart, winning just one of their first nine games after the return.

The season did end on a high though as they came out on top in three of their final four matches to finish comfortably in 11th.

Level on points with both Hellas Verona and Fiorentina, the Crociati will feel justified in their claims that they ended the season in the top half, and they can be happy to have progressed again this term.

Player of the Season: Juraj Kucka His arrival in January 2019 coming as the Gialloblu’s season slowed down was no more than a coincidence and Kucka has proven just how important he is every week this season.
When fit, the Slovakian has been a pillar of the side alongside Luigi Sepe, Bruno Alves and Dejan Kulusevski.

His energy and tireless fight in midfield can’t be matched by anyone and he has a better engine than most in Serie A.

Kucka has worked well in his usual role on the right of Parma’s midfield three, but has even had to play as a No.9 in the absence of Roberto Inglese and Andreas Cornelius at points, as well as playing just about everywhere else in the midfield and attacking line.

Ending the season in ninth place in terms of minutes racked up at Parma, Kucka has done well to contribute with six goals and three assists as well. It’s not easy to sum up Kulusevski’s brilliance in such few words, but if he wasn’t being named as Parma’s best signing as well, he would have taken the Player of the Season award without much competition.

His goal against Atalanta in the penultimate round made him the first foreign player under the age of 21 to hit double digits for goals scored in a season since Mauro Icardi and Erik Lamela in 2013.

As well, he joined Erling Braut Haaland, Jadon Sancho and Mason Greenwood as the only four players born this century to score at least ten goals in Europe’s top five leagues this season.

Only Luigi Sepe and Simone Iacoponi played more minutes than him this season, and his 10 goals and eight assists are an incredible return for his first season in professional football.

Kulusevski has brought joy to Parma every single week, even in defeat, and he’ll prove irreplaceable as he begins his next chapter with Juventus in 2020/21. Present for two of their three consecutive promotions to reach Serie A, D’Aversa has kept things going at Parma and their steady progress has continued again.

From Serie C and Serie B to finishing 14th and now level with ninth in the top flight, Parma have improved every season under D’Aversa and he’ll be looking to take another step forward next season.

His 4-3-3 has served him well with the Crociati, though any attempt to move away from that and try something new has gone badly, which is something he might want to work in this more condensed pre-season.

Two performances stand out from all of those this season – the 2-0 defeat of Roma in November and the 2-1 loss against Inter in June, though the latter was thoroughly undeserved defeat.

But that win over the Giallorossi was undoubtedly their most complete game of the season and arguably both Juraj Kucka and Dejan Kulusevski’s best performances of the campaign.

Kucka was everywhere and did everything both with and without the ball, while Kulusevski offered a calming presence on the ball in an otherwise high-energy game.

Their post-lockdown run of form is something they’ll be looking to forget as soon as possible.

There are positives to take from that run though as they rarely deserved to be on the losing side, but they just didn’t have luck on their side.

An inability to hold onto a lead saw them drop more points than they would have liked and D’Aversa will have to find solutions to that during pre-season as well.