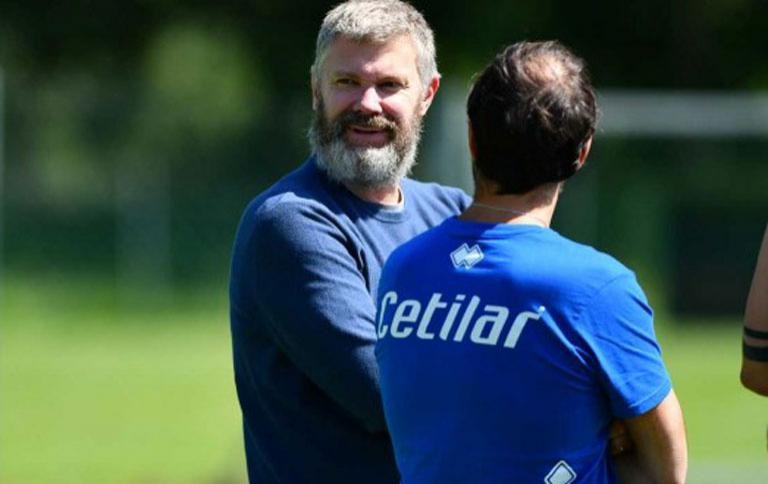 Directly from Parma’s training camp, Parma Calcio 1913 President Pietro Pizzarotti took stock of the current situation ahead of the upcoming season: “The start of the training camp is a great moment. What’s more, we’re training in a wonderful location and in a beautiful region. Where we’re working is a great place.”

Parma are getting back to work following a positive season in which they achieved their objective: survival in Serie A TIM: “There were some great moments last season, but because I experience everything with such pathos, I always think about what is coming next an hour after a game has finished.  I didn’t enjoy the season a lot, but I learned many things, including how to feel less apprehension and reflect more, for example. I learned how to experience things with more of a sense of calm.”

He then commented on the transfer market: “Karamoh? He’s still not come in and is still an Inter player, he could join in the next few days. It’s an important investment in a player who is still young, who only turned 21 a few days ago. Let’s hope he does well if he signs for us. The owners won’t involve themselves in technical discussions, we’ve tried to provide guidance and input. Lowering the average age of squad and, if possible, purchasing players on a permanent basis to increase our assets are examples of this. Director Faggiano and the Coach discuss things with each other and have all the freedom in the world to choose the type of player they want. At the moment, we’re not thinking about selling Gervinho, last year he did very well in terms of the amount of goals he scored and the number of assists he provided. Although I don’t want to make a fool of myself and confirm it for certain, Hernani should be with us as early as tomorrow to undergo medical tests. He’s a Brazilian player who played at Zenit, he’s 25 years old and could still improve greatly. Inglese would cost a lot, but we still haven’t given up yet. There’s still a long way to go in the transfer market and we’ll have to see what happens. Negotiating with Napoli isn’t easy: they’re shrewd when it comes to selling players. However, Director Faggiano is on the ball. Balotelli? He’s a player who I like on a technical level – I speak for myself when I say this.  However, the conditions weren’t there to strike a deal, but Balotelli would have been the icing on the cake. At the moment, we’re still missing the cake. Let’s just say it wasn’t the right year.”

Meanwhile, almost 4,000 Crociati fans have renewed their season tickets: “The number of renewals is pleasing, the fans are trusting and have renewed their season tickets without fully knowing how the team will eventually look. What I can say is this: we’re doing everything to put together a team that can entertain. No one wants a worse summer than last year. This year, there’s more of a sense of calm: we have more time ahead of us and we can use this to plan. Last year, we did everything in ten to 15 days. Now, there’s more time to reflect and organise ourselves: everyone’s more relaxed but we’re also fully focused.“

Finally, the future of the Club was discussed: “For our part, as shareholders, there’s an immense love for Parma. We’ve always said that if someone solid comes along with a sound economic basis and who could do better than us, it’s clear that Parma would be sold. However, at the moment, no one is on the horizon. Nothing is imminent, but if someone comes along who could provide a great future for Parma and do better than us, then why not? This is only rational.”