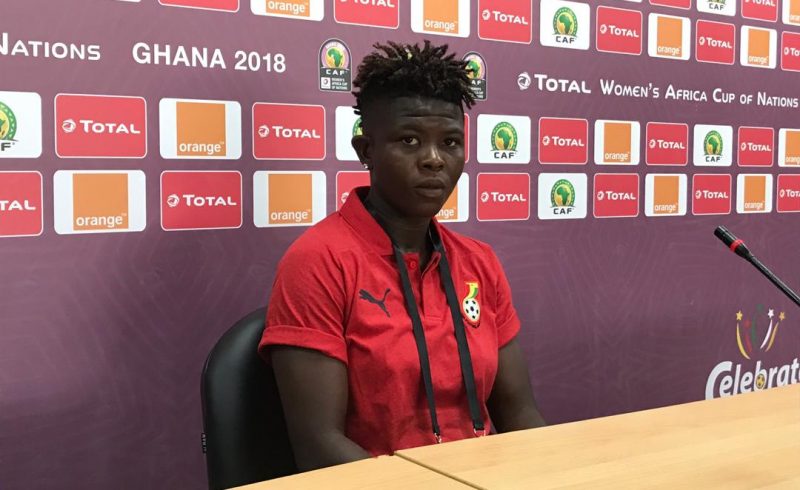 Black Queens midfielder Priscilla Okyere has revealed that her passion and inspiration from watching football icon Zinedine Zidane carved her part of becoming a footballer.

Despite the lack of approval from her parents, the passionate Okyere urged other young girls to not give up if they have dreams of becoming footballers.

"I chose football because I had the passion," the Gintra Universitetas player told CAFonline.com. "Anytime I was in school and saw the guys play, I just left to play. And I watch Zinedine Zidane so I chose him as my role model even though I am a female," she added.

"I chose Zidane because anytime I see him play I love it and I see that passion so I also wanted to become like him."

The Black Queens winger disclosed her father was not in support of her dream of becoming a footballer, but she had to fight all the criticisms to pursue her goals.

"When you are a woman and want to play football, people will criticize you because they think football is for men. In my family, my father was not supportive, my mum was also like 50/50 because if my father didn't want me to play she can't push me," she said.

"What I want to tell every girl out there is we all have our dreams. I chose football and that ismy drea, so they can also chose football or any other thing. There is no job that is only learnt for men. So I want to encourage any girl who has chosen football as their careers to never give up," she concluded.