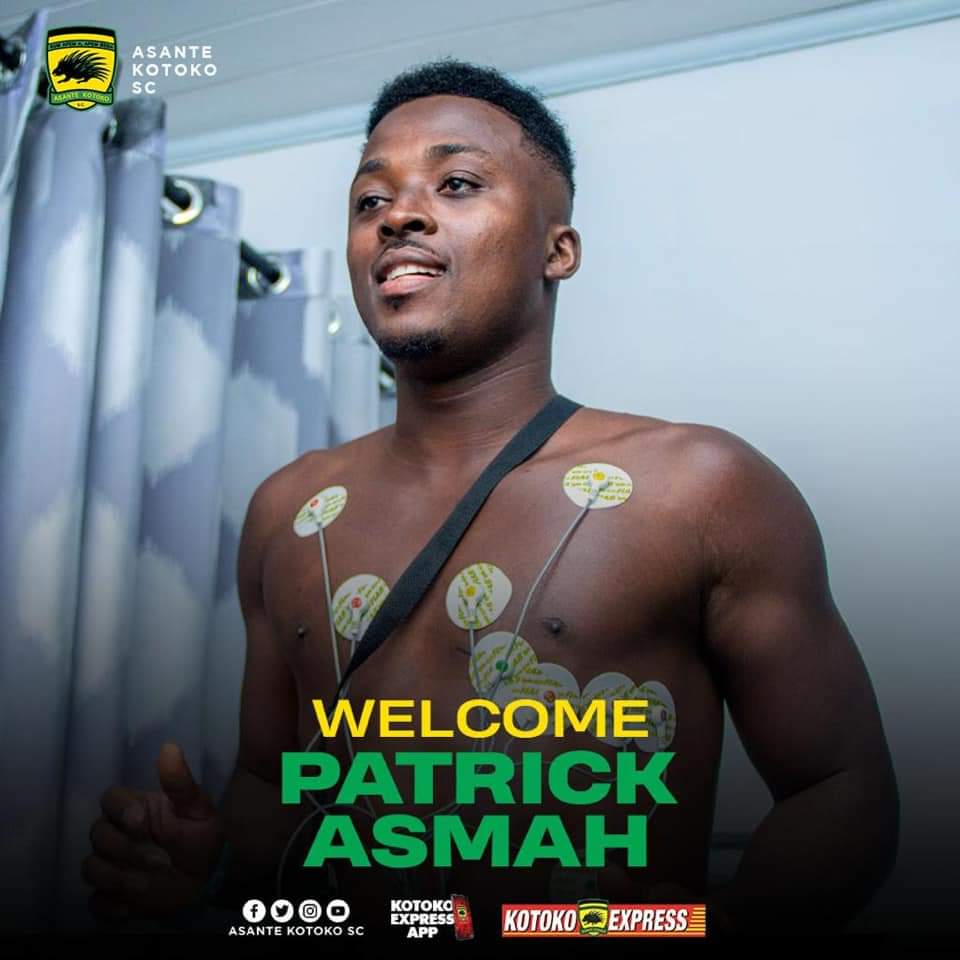 Patrick Asmah during his medical for Asante Kotoko

''Asmah has true grit; he can fight and I have seen him working on a new work-out regime ahead of the Kotoko move,'' Arthur said.

''He is highly motivated and has set his sight on becoming the best in his position in the Premier League.''

''Kotoko have got a gem in Asmah, he will help the club regain its status at the highest level of African football.''

The agent who manages a string of players across Europe under his ArthurLegacy company, urged Ghanaian players abroad to consider returning home at some point in their careers to help empower local clubs to compete in African continental competitions.

Asmah, a cultured left-back, signed a two-year contract this month with the Porcupine Warriors after his four-year contract with Atalanta B.C. was not renewed in June.