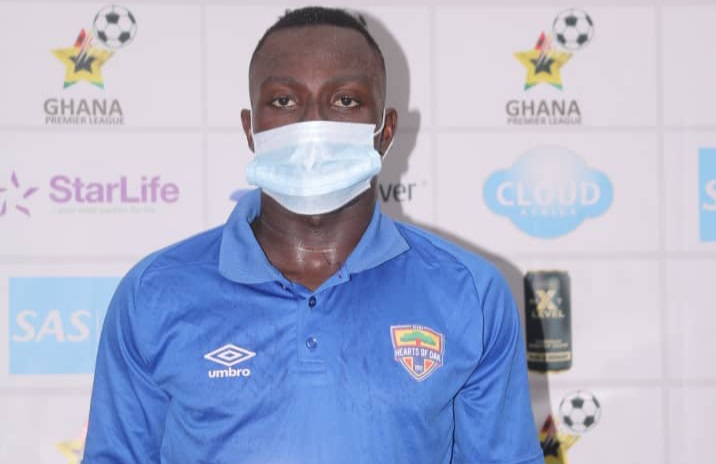 Enterprising winger Patrick Razak marked his return to Hearts of Oak with a man of the match performance on Tuesday.

Razak was named the most valuable player when the Phobians were held to a 2-2 draw at the Accra Sports stadium.

The 25-year-old was handed a starting berth by head coach Edward Nii Odoom in the Phobians first game of the premiership campaign.

Hearts of Oak opened the scoring through Kojo Obeng Jnr. before Hans Kwofie pulled parity for the visitors.

Razak set up Obeng Jnr. to net his second goal of the match with a sublime cross following an excellent effort.

Razak rejoined Hearts of Oak after leaving Guinean giants Horoya AC for the next three seasons.