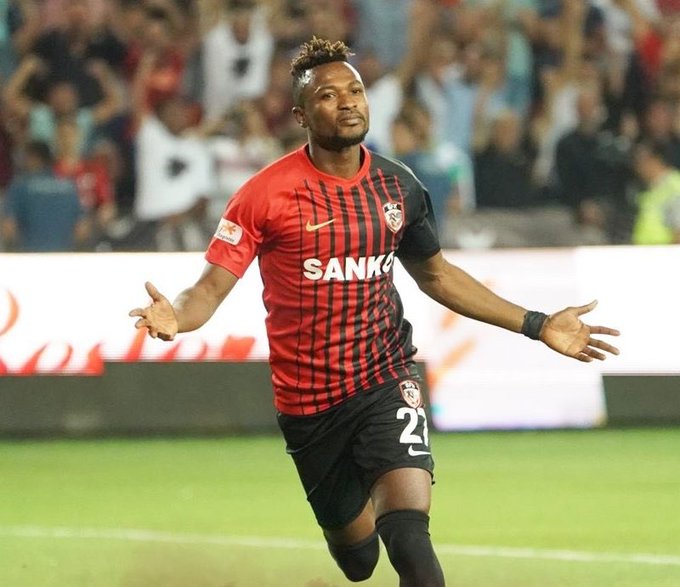 Forward Patrick Twumasi has been named in the Turkish Super Lig team of the week after a man of the match display for Gazientep of match day 10.

The inform forward netted and created an assist as Gazisehir Gazientep traveled to beat Ankaragücü in the league on Monday night.

The goal was the on-loan Deportivo Alaves attacker's fifth of the season, making him the leading scorer at the club this season.

He was named alongside the top performers in the Super Lig league on match day ten.

Twumasi will be joining the Black Stars team for the Cup of Nations qualifier against South Africa and Sao Tome next week after he was named in the squad by coach Kwesi Appiah.