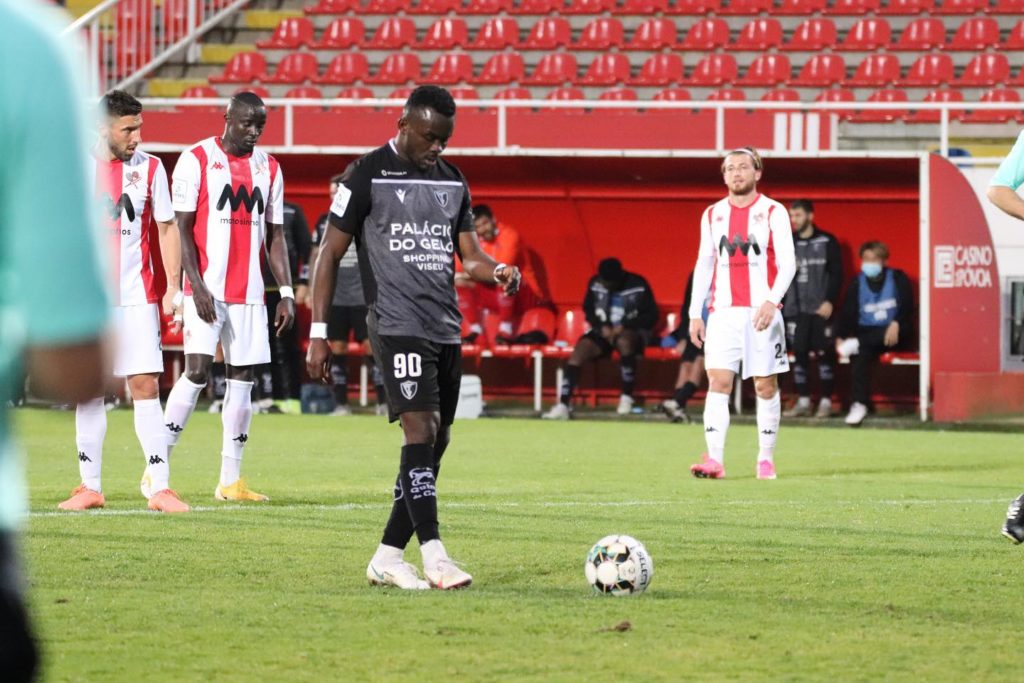 Striker Paul Ayongo converted a spot kick as his side Academico Viseu suffered a 2-1 defeat at Leixoes in the  Portuguese second-tier.

The 24-year-old made no mistake as he drilled in from 12 yards to draw his side level in the 76th minute.

Academico Viseu had gone behind after 53 minutes when Adewale Oluwafemi Sapara scored for Leixoes.

When all thought the match was heading for a draw, Paulo Machado snatched the match winner for Leixoes.