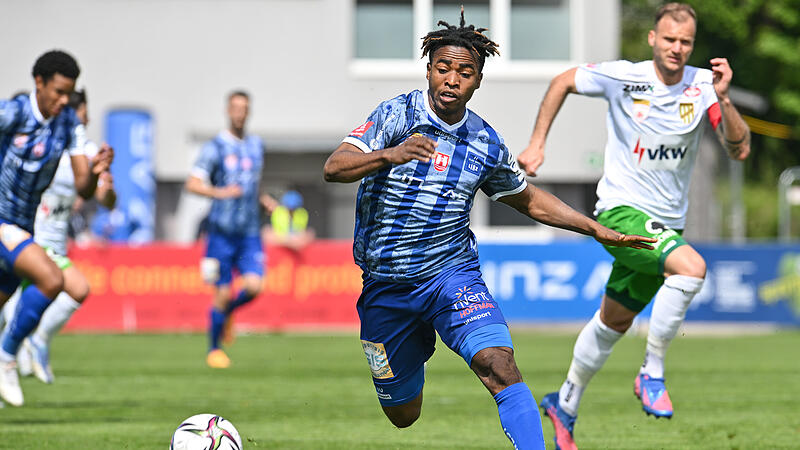 Ghanaian forward Paul Mensah was on target for Blau-Weiß Linz in their 1-1 stalemate at home to league leaders Austria Lustenau.

The draw ensures the home side cut their lead to just two points with three matches to end the season.

The Ghanaian opened the scoring in the 20th minute before Cameroonian Michael Cheukoua pulled parity with 24 minutes left on the clock.

After the game, Blau-Weiss Linz coach Gerald Scheiblehner praised his team and stated that they have improved their goal scoring.

"We want to be fair to all teams and win every game. Both Lustenau and FAC deserve promotion," he said.

"It was a very good performance, my team achieved a lot.

"Compared to the autumn, we have made a step forward in striker goals."

Paul Mensah who joined Blau-Weiss Linz in January from FC Botosani,  has two goals in 10 games and assisted two.