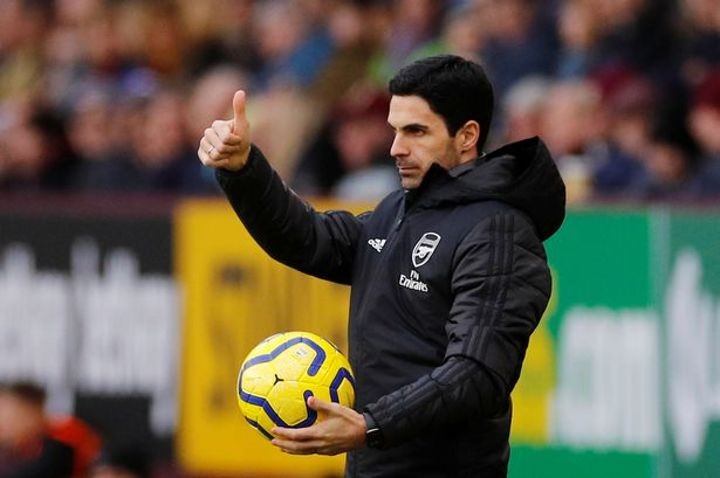 Gunners legend Merson says Arsenal have improved since Arteta took over as manager in December - even if their league position hasn't.

But Merson reckons a fair few players will want to leave this summer, as the Gunners are 10 points behind the top four and look unlikely to qualify for the Champions League unless the win the Europe league.

Pierre Emerick-Aubameyang and Alexandre Lacazette are two players Arsenal fans are worried about losing, with speculation constantly linking them to other clubs.

However, Merson says Arteta will want to have a clearout himself as he looks to build a squad capable of getting back into the Premier League's elite next season.

"Arsenal have improved under Mikel Arteta," Merson said in his column for the Daily Star . "The players are all working for him and it looks like there’s more harmony at the club.

"But I still think he’s going to have players wanting to leave at the end of the season, and I think Arsenal will want to get rid of a few.

"They need a clear-out, and he needs to build the spine of a team. All the top teams are strong down the middle. But Arsenal are not."

Arsenal signed Pablo Mari and Cedric Soares on loan in the January transfer window, but Merson warned it will take time to figure out the best defensive lineup, with William Saliba also set to join the club following the end of his loan spell with Saint-Etienne.

"The defence is going to take time. He’s brought two defenders in with Cedric and Pablo Mari, and he’s got William Saliba coming in from France in the summer," Merson said.

"Part of me wonders whether he wanted Mari because Saliba isn’t his signing, and there could be some conflict there. But he’s made good signings."

While Arsenal must strengthen their defence and midfield, forward Aubameyang is likely to be the subject of bids from rival clubs in the summer, with the Gabon international's contract due to expire at the end of next season.

But Merson said Arteta should hold on to Aubameyang even if it means losing him for nothing in 2021.

"The forwards are going to want to know what’s happening next season. Will they play every week? Are they in Europe?" said Merson.

"Pierre-Emerick Aubameyang and Alex Lacazette are both coming to the end of their contracts but I would take a hit and keep Aubameyang.