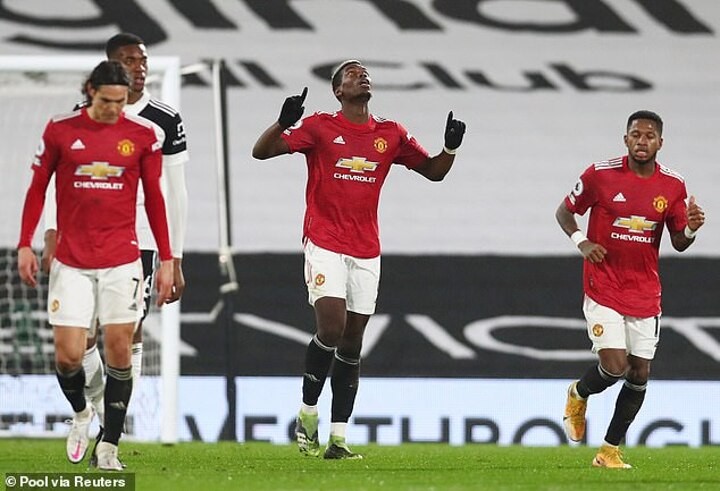 Manchester United and Paul Pogba will put a decision on the midfielder’s future on the backburner until the end of the title race.

The France star is emerging as one of the catalysts for United’s title drive, his brilliant goal against Fulham on Wednesday night sending Ole Gunnar Solsjkaer’s team back to the top of the Premier League.

But there remains uncertainty over his future at the club with his contract expiring at the end of next season.

However, Pogba nor United have made any decisions regarding the World Cup winner’s future and will resume discussions once the season is over with all parties keen to ensure there are no distractions away from their title tilt.

Given Raiola’s outburst at the end of last year, it was widely expected for Pogba to leave this summer.

But Sportsmail understands that all options remain on the table with no decision made from either Pogba or United over a potential exit strategy or contract extension.

Whether United can win their first league title of the post Sir Alex Ferguson era will likely contribute to how Pogba’s future is resolved.

Pogba has been playing in an advanced role for United in recent weeks, a positional switch that has coincided with the team’s upturn in fortunes.

Having played the 27-year-old in a deep lying midfield role during the opening part of the season, Solskjaer’s decision to deploy Pogba further forward - a position the player prefers - has been a key factor behind his rejuvenation.

Pogba is emerging as a driving force off the pitch, too. He was particularly vocal after the goalless draw against Liverpool this month, taking responsibility for squandering a late chance that would have given United a precious win at Anfield.

The club’s record goalscorer won the trophy five times during his 13-year spell at Old Trafford and believes his former club are on the brink of glory again.

‘It’s the first time in a few years where you can see Manchester United feel they can win this league and I believe they can,’ said Rooney.

‘Six weeks ago I said to the coaches in the office here that I felt United would win the league - I still feel that today. When I watch them they excite me.’