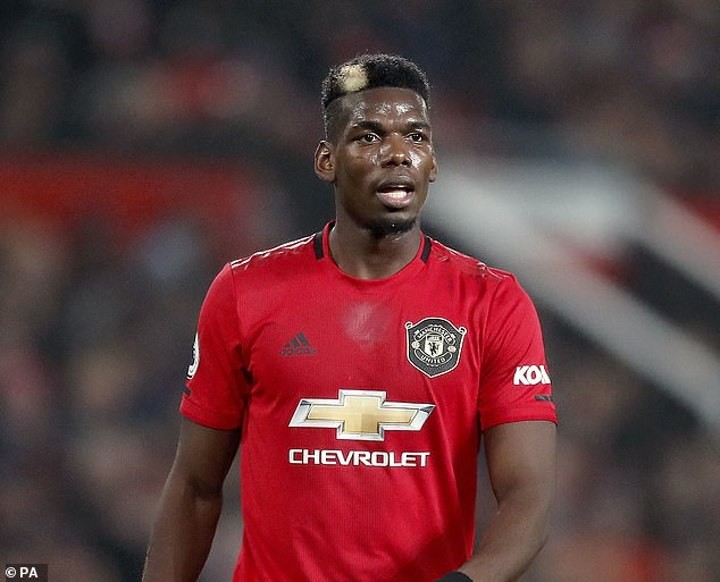 Real Madrid remain pessimistic about their chances of signing Paul Pogba this summer because the player's wages would create huge discontent in a dressing room that has already accepted one pay cut and is braced for another.

Madrid coach Zinedine Zidane remains a huge fan of his compatriot but the financial effects of LaLiga's lockdown, due to end on June 11 but with all remaining games played behind closed doors, is already being felt at the club.

And although a swap deal for Pogba involving multiple players would help Real Madrid trim their bloated squad – 36 players if all loanees return this summer – the 27-year-old's wages still remain a massive stumbling block.

Real Madrid's players announced a 10 per cent pay cut for the rest of the season in April and they will negotiate a further cut going into next year as Spanish football braces itself for €300m (£270m) losses.

Madrid fear serious dressing-room discontent if they ask players to make long-term sacrifices and then bring in Pogba on his £15m net wages per season at United - which works out at £290,000 per week.

Casemiro is close to announcing a new deal at Madrid that will take him up to 2023 but his contract extension is believed to illustrate perfectly a new reality at the club.

There is also still no movement on renewing captain Sergio Ramos, who will be in his final year at the start of next season.

Ramos and Casemiro would lead the complaints if Madrid splurged on Pogba while cutting back elsewhere. Zidane might be in favour but Perez isn't and the president is likely to be at the club longer than the coach.

Madrid were belt-tightening even before the coronavirus crisis because of their ongoing stadium renovation.

They have so far failed to find a naming-rights partner to sponsor the stadium and fear the financial uncertainty caused by the coronavirus crisis will only make that task more difficult.

Their long-term priority remains being at the front of the queue to sign Kylian Mbappe from Paris Saint Germain when his contract runs out in 2022 or next year when he only has 12 months left on his deal.

Players would understand the pay structure being torn up for the French forward, who will still only be 23 in two years time, but not for Pogba.

Any advances made at Real Madrid for Martin Odegaard are also unlikely to be rejected.

The 21-year-old Norwegian is likely to stay at Basque club Real Sociedad for one more year, if they are in the Champions League and if Luka Modric decides to stay at Real Madrid to see out the final year of his contract.

If either of those two variables do not fall into place then the club could recall the player who has been one of the sensations of the current season in Spain.