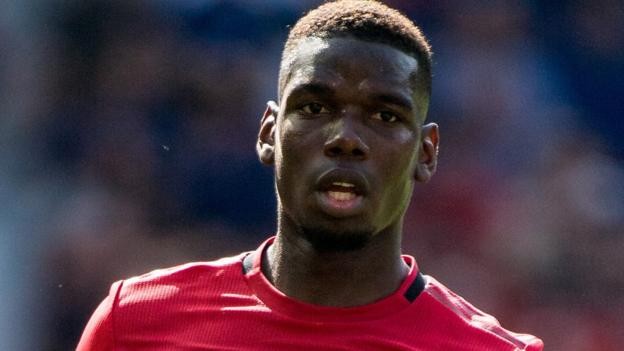 Manchester United midfielder Paul Pogba says racist abuse "can only make me stronger and motivate me to fight for the next generation".

The France World Cup winner was racially abused on social media after his penalty miss at Wolves on Monday.

In a message on Twitter, accompanied by a photograph showing him holding his baby alongside portraits of his late father Fassou Antoine and civil rights activist Martin Luther King, he added: "My ancestors and my parents suffered for my generation to be free today, to work, to take the bus, to play football."

It was the first time Pogba had tweeted since July.

It's the fourth racism incident in two weeks - Chelsea striker Tammy Abraham and Reading's Yakou Meite both received racist messages online after missing penalties in their teams' most recent matches.

Twitter said it will meet any stakeholders to show the "proactive work" being done to tackle abuse.