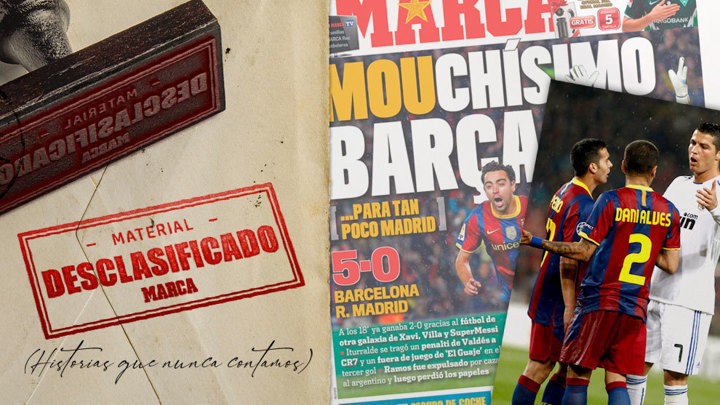 Back on November 29, 2010, Barcelona beat Real Madrid 5-0 in Jose Mourinho's first ever Clasico.

Half an hour into the game, with the score at 2-0, the ball went out of bounds and the visitors were awarded a throw-in.

Pep Guardiola picked up the ball and offered it to Cristiano Ronaldo, but when the Portuguese approached him, the Barcelona coach dropped it to the ground.

The Real Madrid forward pushed Guardiola and it was then when things got ugly as several players joined the fracas.

Andres Iniesta, Victor Valdes and Pedro Rodriguez confronted Ronaldo, who turned to the latter to ironically ask him who he was.

"I am a world champion," replied Pedro.

A few days before the derby, Portugal defeated Spain 4-0, in a game where several Barcelona players engaged in tussles with Ronaldo.

"I did not like what Blatter did with Cristiano," he told MARCA in November 2013.