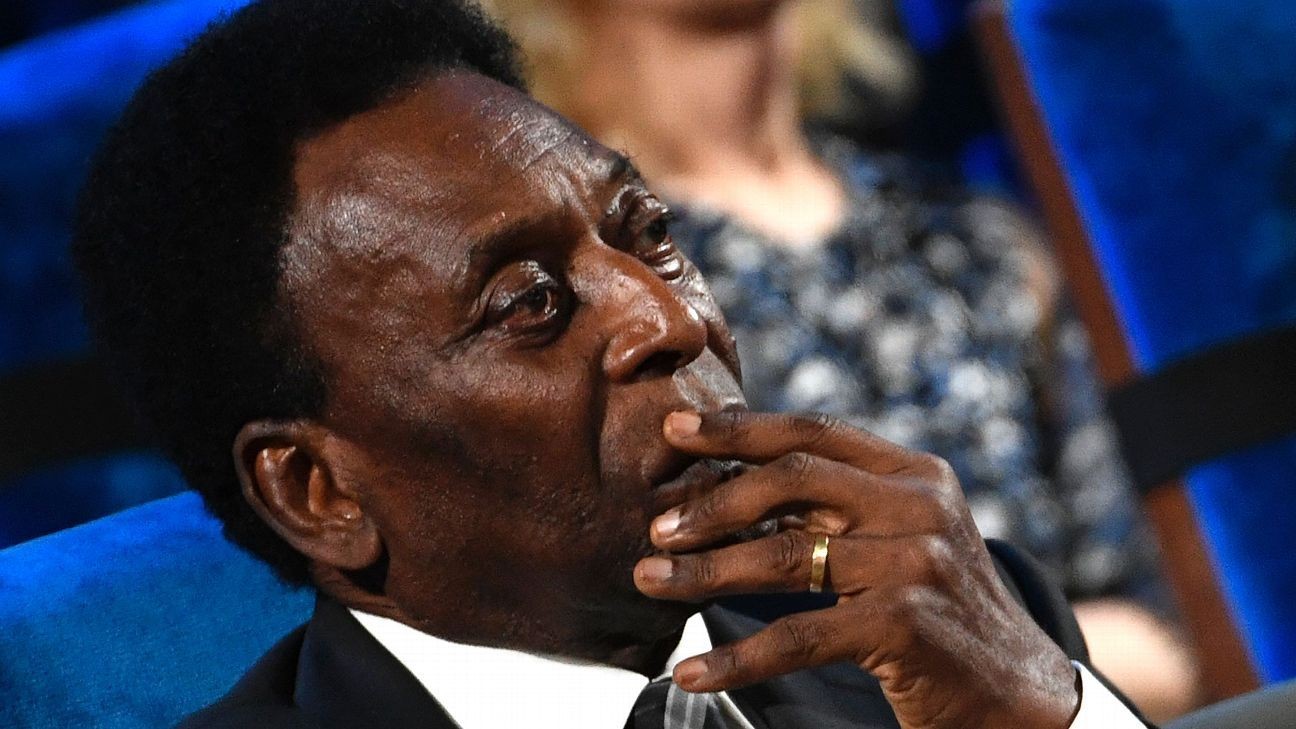 When Pele made his international debut in 1957, Brazil were third in South America's pecking order behind Argentina and Uruguay. Fourteen years later, when Pele took off the yellow shirt for the last time after winning three World Cups in four tournaments, the ranking had changed.

Brazil had become the undoubted kings of football, revered not only for their triumphs but also for the stylish swagger with which they were achieved. And Pele was the leader of the pack, an ambassador for the global game whose exploits had helped turn the World Cup into one of the planet's great TV events.

All of this means that Pele's 80th birthday on Friday is a landmark to be celebrated, and an opportunity for today's footballers to dwell on the indisputable fact that they are standing on the shoulders of a giant who came into the world as Edson Arantes do Nascimento on Oct. 23, 1940. Not even he is entirely sure of how he picked up his nickname of Pele along the way.

It is a mark of Pele's genius that he is so synonymous with the World Cup, even though the tournament probably did not see him at his absolute best. At Sweden 1958, he was an extraordinarily talented 17-year-old, joyful and precocious. But he was still a skinny kid who had yet to fill out.

Twelve years later at Mexico 1970, he defied arguments that he was too old to shine with a campaign of wonderful maturity, functioning as the attacking fulcrum of a great side. But he was past his physical peak. He had bulked up, and there were few signs of the player who, at his best in 1962 and '63, used to run with the ball as if it was an obedient puppy; charging through the world's best defences as if they were pub sides.

The Chile World Cup in 1962 could have been his definitive statement. The goal he scored in the opening game against Mexico ranks among the greatest of his World Cup career, but he was injured in the next match and played no further part in the tournament.

Pele was arguably the best player to have ever played the game. Getty

The best Pele, in his own estimation, came later that year -- and, as so often in his career, on the big occasion. The annual two-legged contest between the champions of Europe and South America started to fizzle out in the late '60s amid excesses of violence and controversy. Briefly, though, it was the highlight of the club game -- and that certainly applied in 1962, when Santos of Brazil met Benfica of Portugal.

After going down to a narrow 3-2 defeat in Rio de Janeiro, Benfica were very confident they'd come out on top in Lisbon. But on an October night Pele ran riot. It was all there -- pace, balance, strength, vision, two-footed talent, cool decision-making. He scored three and made one as Santos won 5-2, with a couple of late Benfica goals making the score look more respectable.

Pele was -- on that night and on so many during his playing days -- a machine for playing football. It is difficult to think of any player who has ever been more technically complete; Brazil's coaches would even say that he was the squad's best goalkeeper. He also comes across as a psychological phenomenon, a blend of different aspects of his parents synthesised into sporting excellence.

His father, known as Dondinho, was a skilled and intelligent footballer with an easygoing nature and a ready smile. His mother had ferocious strength of character which, with women denied an outlet for their talents at the time, could be channelled into the fear of being unable to provide for her family.

Dondinho's football dreams ended in serious injury, plunging the family into poverty and making Pele's mother dead set against the idea of a career in football for her son. Those maternal reservations were overcome, but the lessons stayed with him. He was entering an insecure profession, full of risks. He should take nothing for granted and make sure to look after himself financially.

Pele was spurred on by the two most powerful motivating forces. There was the pride in his profession that he took from his father, and the fear of failure placed in him by his mother. Working together, pride and fear pushed him ever harder -- to think faster, run harder, jump higher, train better, respond better to pressure.

The often tiresome arguments about the greatest of all time can become even more tiresome when Pele's advocates start talking about the over 1,000 goals that he scored. Many of them came in friendlies; Santos played lots of them because at the time it was much more lucrative than taking part in the South American equivalent of the Champions League, and it would have been impossible otherwise for a relatively modest club to pay Pele and his brilliant supporting cast. But Pele's genius did not lay in mere statistical accumulation, in calculating how many goals he scored when playing for the Brazilian Army.

play0:55Pele: Mexico 1970 the highlight of my Brazil career

Brazilian legend Pele explains why winning the World Cup in Mexico was his best memory in a Brazil shirt.

Mere numbers cannot do him justice. His greatness lies in the way he bestrode the big occasions, and in the quality of the memories that his career leaves behind.

In 1970, his attacking partner was Tostao, probably the brightest of all his teammates. Tostao recalls introducing Pele to his father -- and seeing his father break down in tears: "It was as if he was in front of his God!"

Well before the 1958 World Cup the playwright Nelson Rodrigues, an eccentric but brilliant and influential observer of Brazilian football, identified Pele as a genius. He was the first to call him the king of football. While Pele was still a teenager, Rodrigues was arguing that he could greet Michelangelo, Homer or Dante on equal terms, and that "he belongs more to the mythology of football than to football itself."

There is a price to be paid for such adulation. In an interview with the Jornal do Brasil in June of 2004, Pele placed himself in a category with other 1960s figures -- The Beatles and The Stones, Che Guevara, Martin Luther King and Muhammad Ali -- and declared himself "superior" to all of them, either because of their links with drugs or with politics. It came across as an unwise statement, but that competitive drive did not switch off at the moment when he hung up his boots.

His body has also taken a toll. Hip replacements mean that he is not as mobile as he would like and, ever the careful curator of his image and legacy, he had become more reluctant to be seen in public even before the COVID-19 pandemic put him in isolation. But he will surely feel and appreciate the wave of affection for him from all around the world on Friday.

Pele gave immense pleasure to millions and helped to put in place a structure that has given pleasure to millions more in the years since he retired. And by the wonders of social media, his footballing versions of the Sistine Chapel are available for all to watch, appreciate and join the chorus of happy birthday.