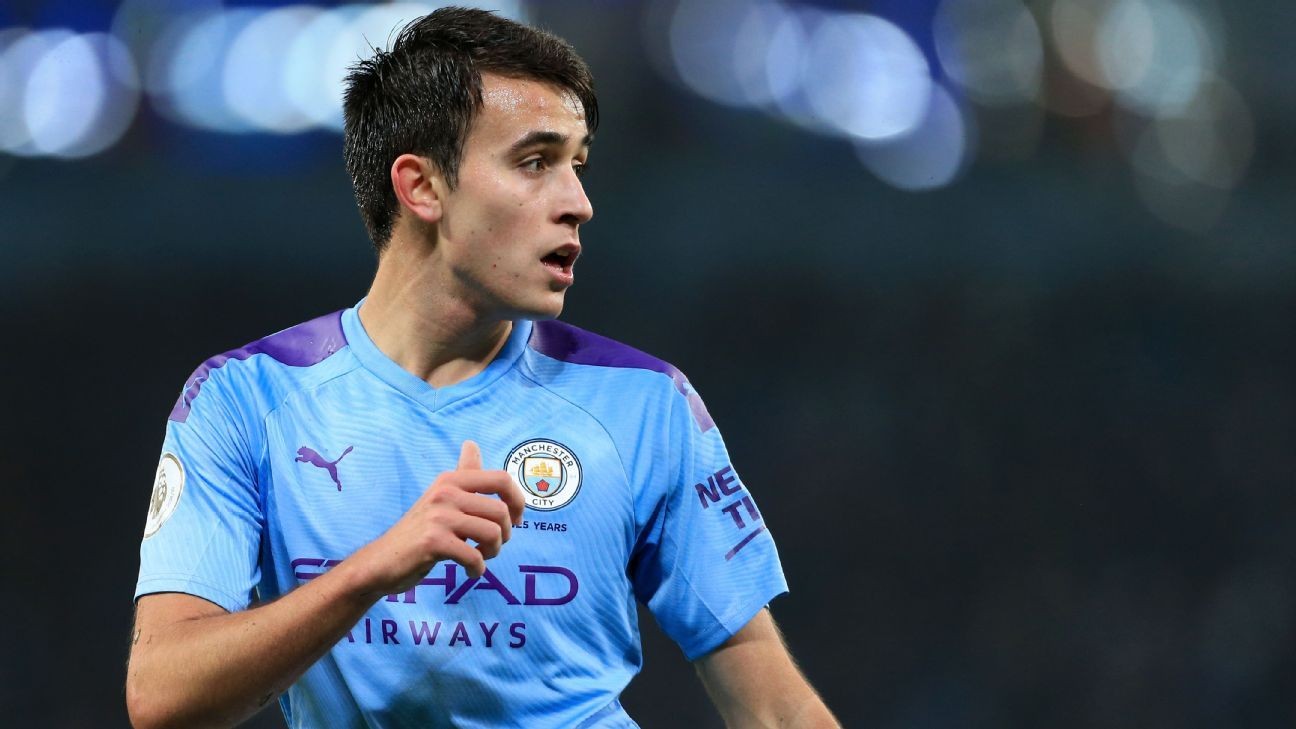 Pep Guardiola says he is confident he can convince defender Eric Garcia to stay at Manchester City despite interest from Barcelona.

The 19-year-old has impressed for City since the restart, starting in the wins over Arsenal and Liverpool.

He is wanted back at Barcelona, the club he left to move to the Etihad Stadium in 2017, but Guardiola wants the youngster to stay.

"If they want him they must call [director of football] Txiki [Begiristain] and we'll try to convince him to stay here for many years," Guardiola said after the 5-0 win over Newcastle on Wednesday.

"I'm confident he will stay but it's his decision. He knows we want him but it was the same with Leroy [Sane] and he didn't want to stay.

"Eric knows, his agent knows and his family knows we want him."

City were inspired to a crushing victory over Newcastle by an impressive performance from 34-year-old David Silva, who made two goals and scored one himself with a fabulous free kick.

However, Guardiola was given a scare in stoppage time when Kevin De Bruyne went down under a heavy challenge from Danny Rose.

De Bruyne was able to complete the final minutes of the game but will be assessed by City's medical staff ahead of the trip to Brighton on Saturday.

"I was trembling and scared but he made two big runs [after the tackle] and I thought OK he's fit," said Guardiola.

"I've not talked to him. We need two or three locker rooms because of the social distance, which is weird but the doctor has not said anything to me. I didn't see the challenge."