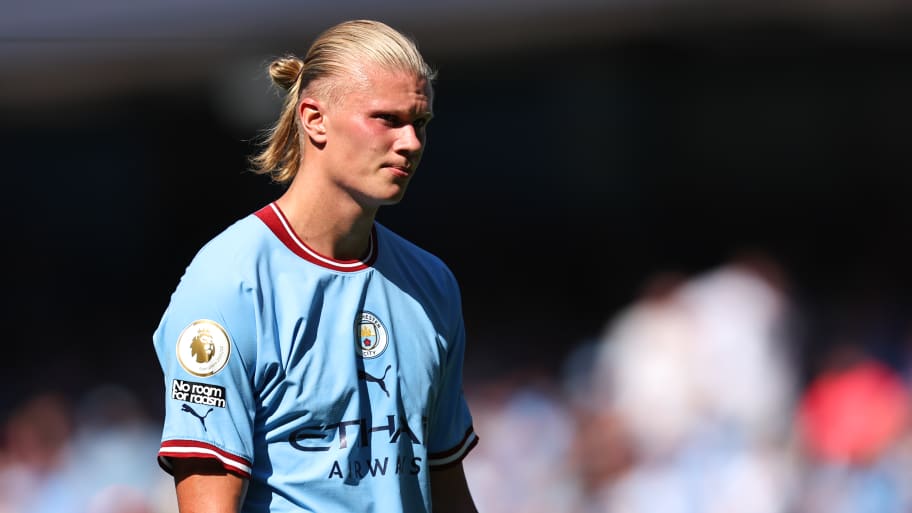 Pep Guardiola has backed Erling Haaland to adapt to the Premier League after a surprisingly quiet showing in Manchester City's win over Bournemouth.

As expected, the Cityzens thumped the Cherries at the Etihad Stadium on Saturday afternoon with Ilkay Gundogan, Kevin De Bruyne, Phil Foden and an own goal from Jefferson Lerma proving the difference between the sides.

While Haaland did bag an assist for Gundogan's opener he was rather disappointing otherwise in this Premier League home debut. The young forward touched the ball just eight times throughout the game, completing just two passes.

Speaking after the game, Guardiola explained Haaland's showing, stating that Bournemouth's tactics kept him at bay on the day:

"The most difficult job in the world is when you are a striker against a [defence] with three central midfielders, three centre-backs and you are in the middle.

"We will find many of these situations but it's a question of time. With the quality of player we have behind him [Haaland], we will find him."

Guardiola also discussed the game in general, praising his team's performance: "As a team we did a really good performance, a team that was well-structured defensively but also offensively.

"They have a good pattern for the build-up to attract you and after they link perfectly with the strikers, quite similar movement like Tottenham and defensively they defend so deep and narrow. We start really well, we did three or four corners in six or seven minutes, we had chances and after we score one and two and second half when they don’t want to press we just have to be patient. We make a really good performance."