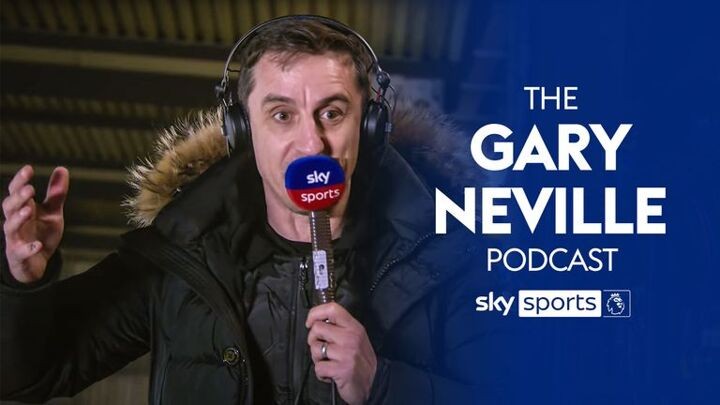 Manchester City's assault on the Premier League title marks the dawn of a second coming of Pep Guardiola's reign at the club, says Gary Neville.

Guardiola guided City to two Premier League titles in his first three seasons in record-breaking fashion but finished 18 points behind champions Liverpool last term in a season of transition at the Etihad Stadium.

However, the emergence of Ruben Dias, Joao Cancelo and Phil Foden, coupled with the evolution of John Stones and Ilkay Gundogan, has seen Guardiola reshape his team and restore City's dominance this season.

A 21-game winning run has seen City take complete control of the Premier League title race and they remain in the hunt for silverware in the Champions League and both domestic cup competitions.

Speaking on the Gary Neville podcast, the Sky Sports pundit pinpointed the moment Guardiola's transformation project took hold of City, and left the Premier League with no response.

"The quality of the football that Pep Guardiola played in those first two title-winning seasons was outstanding," Neville said. "It was on top of the world and there was a big dip last season. That all changed in that win at Chelsea in January.

"What we saw in that 30 minutes of outstanding play in the first half at Stamford Bridge a few months ago we are seeing now consistently.

"If you told me City's defence would consist of Cancelo, [Oleksandr] Zinchenko, Stones and Dias at the start of the season, I'd have said they would concede goals. But they have not, and they all deserve great credit.

"Cancelo, I love - I've worked with him at Valencia, I always have loved him. Dias is a sensational defender and a brilliant player. Having come up against him when I managed in Spain, I knew City had signed a player when they got [Aymeric] Laporte.

"Stones, I worked with him with England, and saw a great talent but then you just thought about the concentration and that sort of focus during big moments in games. But what we're seeing now is a sustained run of games where he's playing at the highest level in a great team

"So City have got brilliant young defenders, who are brave in terms of the pushing up the pitch and taking the ball. They've got good midfield players and are developing as a team."

Having inherited Vincent Kompany, Yaya Toure, David Silva and Sergio Aguero when he first joined City, Guardiola has overseen a period of transition, regenerating his squad in a similar fashion to Sir Alex Ferguson managed over his 13 title-winning campaigns at Old Trafford.

"You think about Sir Alex Ferguson at Manchester United and he built great teams over three or four year periods then he changed it and it seemed to be another great team beginning to appear," Neville added.

"With Pep, you think about the end of that Kompany era. Kompany, Aguero, Silva, that period in Manchester City's history is coming to an end.

"Within a year - and it's taken him a year after Kompany leaving and not replacing him - it would seem now that Pep is building that sort of next team.

"There are a few players left from the old team, which is what happened at United, but you are just starting to see Dias, Cancelo, Zinchenko coming through now, Foden coming through.

"So what you've seen is a transition to almost a new team. It's what Guardiola needs to do in his career. The players are hungry. The football is really good, and Guardiola is building what would be a second wave of a Manchester City team in some ways."