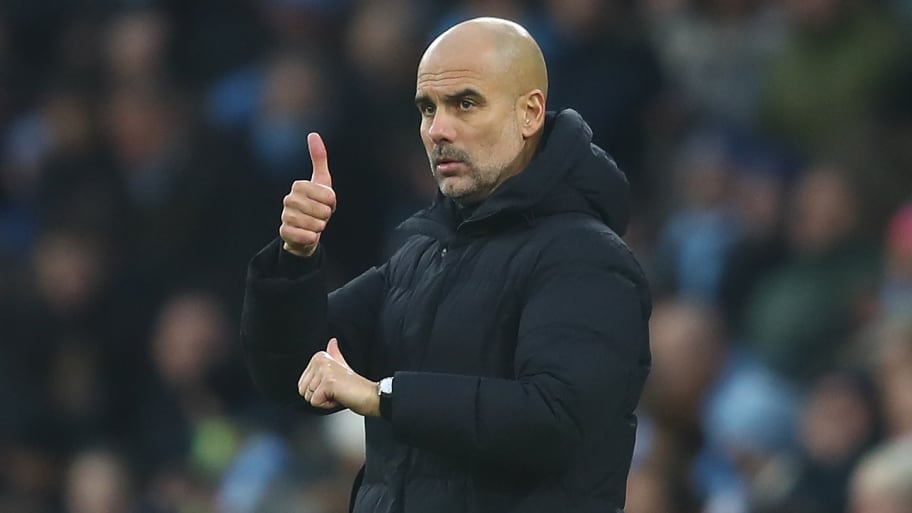 Manchester City manager Pep Guardiola has laughed off claims from rival teams that their lead at the top of the Premier League table is down to good fortune with injuries and Covid-19.

Chelsea boss Thomas Tuchel, who will face off against Guardiola on Saturday, recently claimed that City have not battled the same impact of Covid-19 as the Blues, which helped them pull away at the top of the table.

Those feelings echoed a message from Liverpool centre-back Virgil van Dijk, who suggested that City's limited Covid cases had helped them 'enormously' in their quest to retain the title, but Guardiola was having none of it.

“If they [Chelsea and Liverpool] believe it’s the reason why then maybe," Guardiola joked. "Sometimes it’s the money that we have, sometimes it’s Covid. I don’t know. Maybe."

He continued: “I say what I said before – the situation is all around the world. We had injuries, we had Covid. Maybe we don’t say which players – out of respect [to those players] the club don’t do it – but we had a lot of players and backroom staff with Covid and at the beginning of the season we had a lot of tough injuries with our players.

“So what can I say? If they believe we were lucky, OK we were lucky. Thank you. What can I say? The pandemic is all around the world and everywhere there is the virus. We are exposed every single minute and day to getting it and we’re no exception.”

Guardiola also voiced his displeasure towards requesting fixtures be postponed because of injuries. Arsenal want Sunday's north London derby called off over a lack of players, despite loaning out Ainsley Maitland-Niles and Folarin Balogun recently and fielding an Under-23 side on Friday evening.

"I don’t know what counts. Is it just Covid or injuries? Injuries happen all the time so I don’t know the rules of the Premier League when games are called off – for which reason. In many cases we had just 12 first-team players available plus the keeper and we played.”

This article was originally published on 90min as Pep Guardiola hits back at Chelsea & Liverpool over Covid excuses.