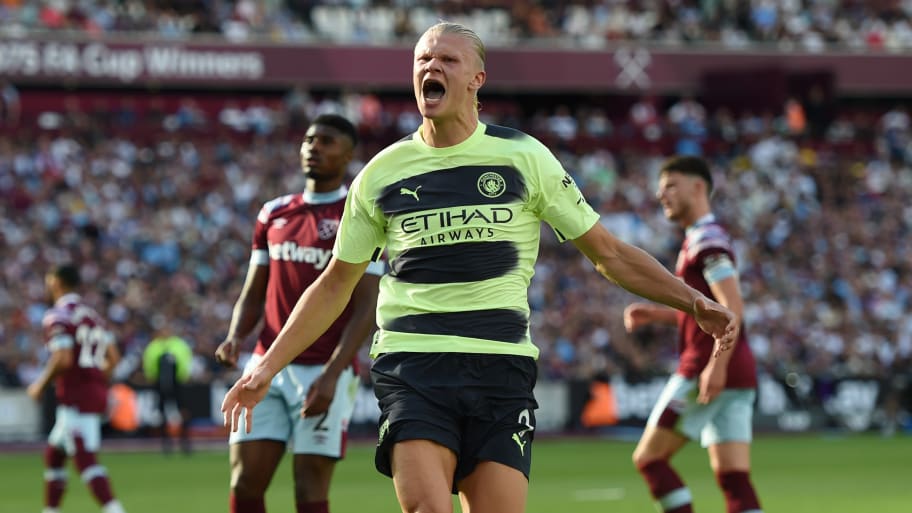 Manchester City manager Pep Guardiola has joked that Erling Haaland will now become one of the Premier League greats after scoring twice on his debut, having been bizarrely slated just a week earlier for missing a big chance and failing to score in the Community Shield.

Haaland netted both goals, one in either half, in City’s opening weekend win over West Ham. Club legend Sergio Aguero is the only other City player to have scored twice on his Premier League debut, doing so in a famous win against Swansea way back in August 2011.

“People said he was a failure and that he would not adapt to the Premier League and everyone laughed at him,” Guardiola said in the wake of Haaland’s performance at the London Stadium.

“Now he is going [to be the next] Thierry Henry, Alan Shearer or Cristiano Ronaldo,” the boss joked.

“[It] takes time. It is the first Premier League game, and he has a long career. When he is going to retire - hopefully [he’ll] stay many years here - we will analyse what he has become.”

“He was born to score goals.”

Haaland will have opportunity to add to his goal tally next weekend when City face newly promoted Bournemouth, followed by Premier League games against Newcastle, Crystal Palace and Nottingham Forest all before the end of August.

This article was originally published on 90min as Pep Guardiola jokes Erling Haaland is one of the all-time greats a week after being a flop.