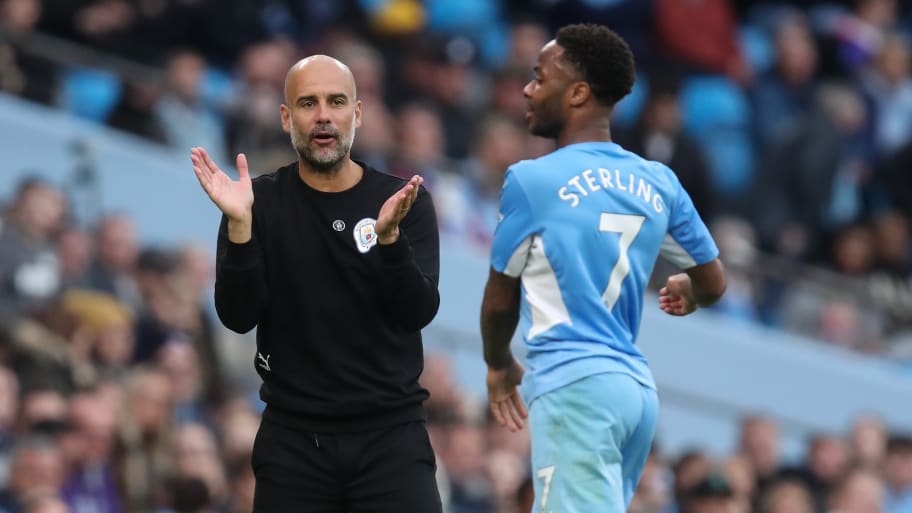 Pep Guardiola refused to discuss what the future holds for Raheem Sterling as the Man City winger continues to be linked with a move away.

Sterling has scored just two goals in 15 games for City in all competitions so far this season, despite coming off the back of a stellar Euro 2020 campaign with England.

Summer signing Jack Grealish, academy graduate Phil Foden and Gabriel Jesus have all been preferred to Sterling in the starting lineup, particularly in their biggest games.

90min reported this week that Sterling has told the club he wishes to join Barcelona, with Xavi keen to bring a new winger to Camp Nou in the January transfer window.

Guardiola was visibly in no mood to talk about outgoings at his pre-match press conference ahead of the visit of Everton, however.

When asked if City may have to accept that they need to sell Sterling, Guardiola replied: "Don't ask me from now on until the last day of the transfer market about transfers and about players because I'm not going to answer any questions.

"It's not my business. Our business, Raheem's as well, is Everton, PSG, West Ham. Don't insist because I'm not going to answer any questions about what is going to happen in the future because the future is not always going to happen. I am not concerned for one second."

City can close the gap on Chelsea at the top of the Premier League table to three points with a win over Rafa Benitez's Everton on Sunday. They then face PSG in a crucial Champions League group stage fixture at the Etihad in midweek.


This article was originally published on 90min as Pep Guardiola reacts angrily to question about Raheem Sterling's future.