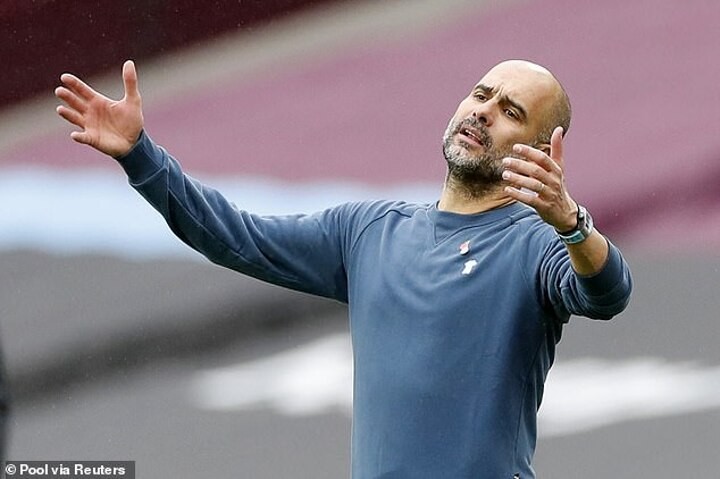 Manchester City arrived in Marseille with no striker and the gloomy forecast that Sergio Aguero could miss a month with a hamstring strain.

With Gabriel Jesus still sidelined, and teenager Liam Delap ineligible to play in the Champions League, Pep Guardiola will again rely on false nines. He wanted a third senior striker signed in the summer but conceded that City could not afford one.

They have been at odds with the treatment table since, the City manager revealing that the Premier League is suffering almost 50 per cent more muscle injuries than this time last year. Knowing their rivals are also suffering will be scant consolation for a team fighting to locate form and rhythm.

‘With Sergio’s injury, 10-15 days is the minimum,’ Guardiola said. ‘If it’s a little bit longer it will be three weeks, one month. The muscular ones normally do not move [beyond] these [parameters]. Sergio will be the same, there will be no exception.’

The schedule – three games a week, no time for proper training sessions – is gnawing away at Guardiola. He insisted that Aguero was not rushed back last week, with the forward breaking down midway through his third consecutive start at West Ham following four months out with a meniscus problem.

‘We were incredibly patient,’ the Catalan said. ‘We didn’t force him. Unfortunately he was unlucky in one action.

‘Everyone got the statistics than in the Premier League, we have 47 per cent more muscular injuries than the same period last season. It’s not just about City.

‘In just a few months arrive in November, December, January and I guess it will be the same. The strongest ones will survive, the others will fall down.’

Riyad Mahrez, sat next to Guardiola at Marseille’s Orange Velodrome, was forthright on fitness issues. The winger has started the last seven matches and believes the squad should possess enough brawn to plough through the hectic schedule.

Tricky to consistently accumulate your best results without a recognised striker, though, and tonight will be the fourth game already that someone else will fill the void.

City did attempt to sign another forward over the summer but their pursuit of Lionel Messi ended in legal deadlock with Barcelona.

The club were ready to finance a deal for the 33-year-old but that did not include paying the hundreds of millions in a transfer fee. It required a free transfer clause that expired in June to have remained active, which Barcelona successfully argued it had not.

The way in which Guardiola spoke last night suggested they may have also been pondering an acceleration in landing an alternative No 9. That will now wait until next summer.

‘We considered it, we thought about another but we could not,’ Guardiola said. ‘I think the club do what they can, it’s not a club that wants revenues at the end of the year - it’s what they want and what’s best for the team.

‘If you decide to buy a striker, it has to be a striker in the league of Gabriel and Sergio but we cannot afford it. That is the reality.

‘I’m not saying the club didn’t want to do it - they wanted to make as strong a team as possible. But we thought: “OK, Sergio is back.” We didn’t expect Gabriel to be injured, sometimes it happens.’