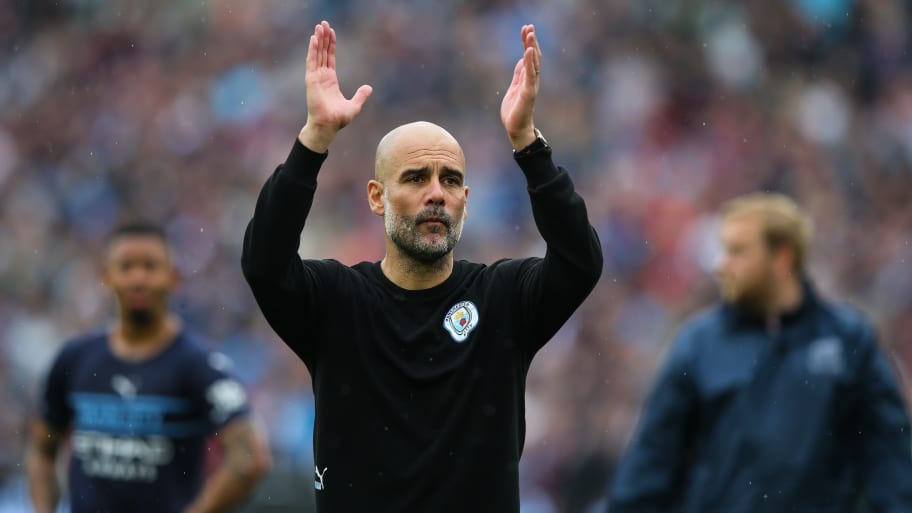 Pep Guardiola has admitted his surprise that Manchester United fans would generally prefer his Manchester City side to pip Liverpool to the Premier League title on Sunday.

While United and Liverpool share a long-standing and heated rivalry, City have only really competed with their neighbours since a lucrative takeover in 2008.

Jurgen Klopp's side also still have a slim chance of winning an unprecedented quadruple, which would eclipse Man Utd's 1999 treble win. The Reds have already won the Carabao and FA cups this season, while they will face Real Madrid in the Champions League final on 28 May.

To snatch the Premier League title from Man City, Liverpool must beat Wolves at Anfield and hope that the Citizens drop points against Aston Villa - managed by Reds legend Steven Gerrard - at the Etihad Stadium.

Speaking to the media ahead of a huge final game of the season, City boss Guardiola expressed his surprise at having the backing of the club's Manchester rivals and jokingly urged them to join in the celebrations if things went to plan.

The Catalan had previously jibed that 'the whole country' supported Liverpool in the title race.

"So United likes City more than Liverpool? Oh my God, I didn’t know it," Guardiola admitted.

City and Liverpool kick off at the same time on Sunday among a full bill of Premier League action. The title race, top four chase and final relegation place will all be decided on the day.

This article was originally published on 90min as Pep Guardiola welcomes support of Man Utd fans ahead of title decider.