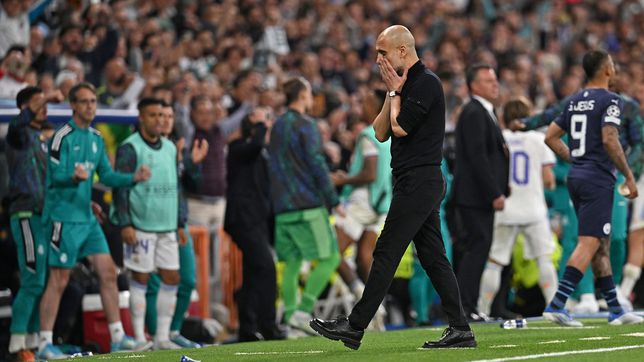 Football can be a cruel game, and Manchester City's crushing defeat to Real Madrid on Wednesday will haunt them.

The blues were aiming for their second Champions League final in two years when they were knocked out by a spirited Real Madrid team that scored late in injury time to level the tie before talisman Karim Benzema scored the winner from the spot in extra-time.

For Guardiola, the result means another setback in the pursuit of City's primary goal. Brought in to win the club the Champions League, the billionaire owners of the club are still looking for the trophy.

After a tumultuous departure from the club in 2018, Toure's agent Dmitri Seluk made some strange comments about shamans and curses, and how they could prevent Pep from winning the coveted trophy.

“God sees everything. As a man who acted with Yaya, the legend of the club, which under different pretexts did not give the opportunity to go on the field,” he said.

“He turned all Africa against himself, many African fans turned away from Manchester City. And I’m sure that many African shamans in the future will not allow Guardiola to win the Champions League.”

“It will be like an African curse on Guardiola. Time will tell if I am right or not.”

"He turned all Africa against himself. I’m sure that many African shamans in the future will not allow Guardiola to win the UCL. This will be for Guardiola an African curse. Life will show whether I am right or not.”

So far, these assertions appear to be correct.