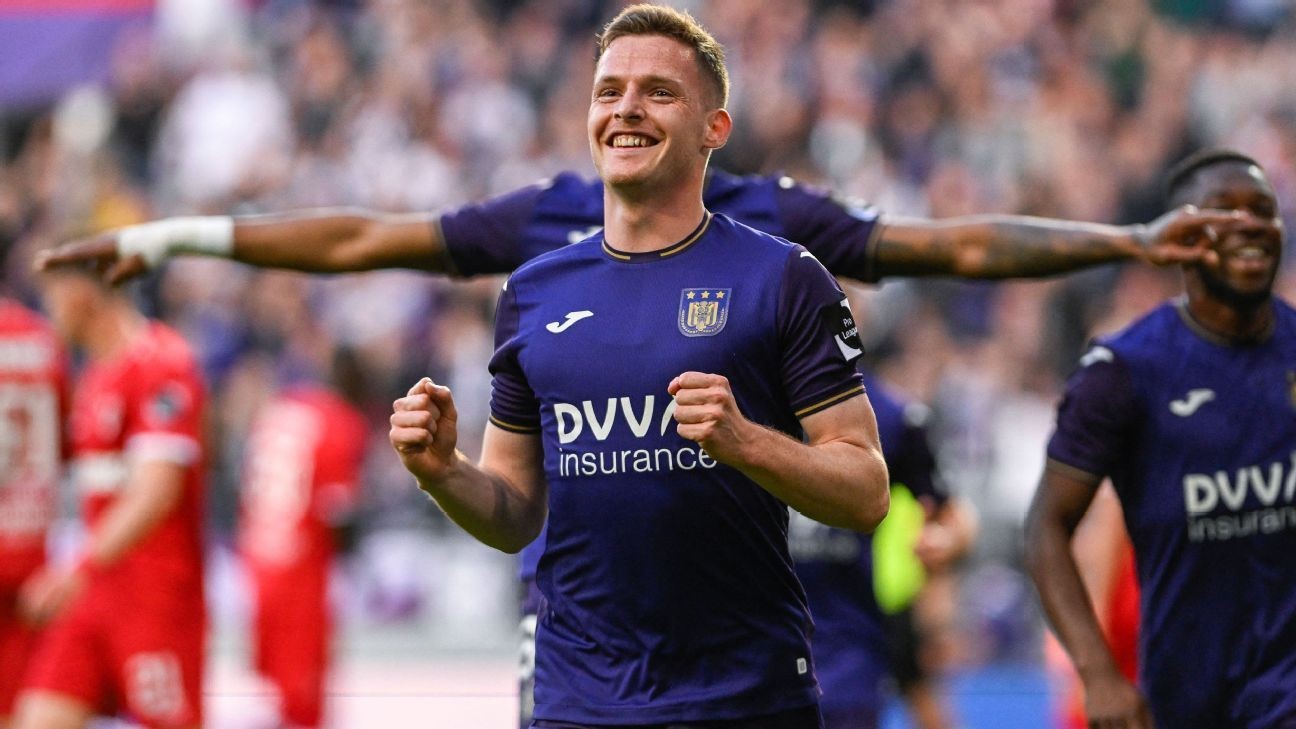 After Ukraine international Oleksander Zinchenko moved to Arsenal, City began their title defence with Joao Cancelo as their only senior left-back.

- Bernardo Silva speaks to ESPN about his future, desire for trophies
- Notebook: The inside stories from world football

Midfielder-turned-left back Gomez, 21, will compete for a place in the first team, Guardiola told his Friday news conference, after impressing at Anderlecht under former City captain Vincent Kompany last season.

"He's a talented young player from the Barcelona academy, went to Borussia Dortmund but didn't have many minutes and in the last year was given a chance by Kompany," Guardiola said. "He played well, we targeted him to bring him here."

Gomez played 30 times for Anderlecht since joining them in June 2021. He has also represented Spain at youth level, including at the Under-17 World Cup in 2017 where they lost to England in the final.

British media reported City and Anderlecht had agreed a deal worth an initial £11 million ($13.33m) for Gomez.

"He's an exceptional player," Guardiola added. "He's going to stay with us, alongside Joao."

Guardiola said new signing Kalvin Phillips, who made his Premier League debut as a substitute in last week's win over West Ham, will not feature in Saturday's home game against Bournemouth due to injury.

"Kalvin has some niggles and won't be able [to play]," Guardiola said, adding that young midfielder Cole Palmer is also a doubt after suffering a knock on his foot.

Newly promoted Bournemouth began their season with a 2-0 victory over Aston Villa and Guardiola heaped praise on Scott Parker's side, who secured a Premier League spot after finishing as runners-up in the second-tier Championship.

"I have a lot of respect for Scott Parker, the patterns are so clear," Guardiola said. "They make quite a good press, they are progressive... Like all teams in the Championship, they have good set pieces.

"It's so tricky [to face promoted teams early]. The first few games they are so dangerous. They don't feel the pressure, they still feel good from the previous season, they have nothing to lose."