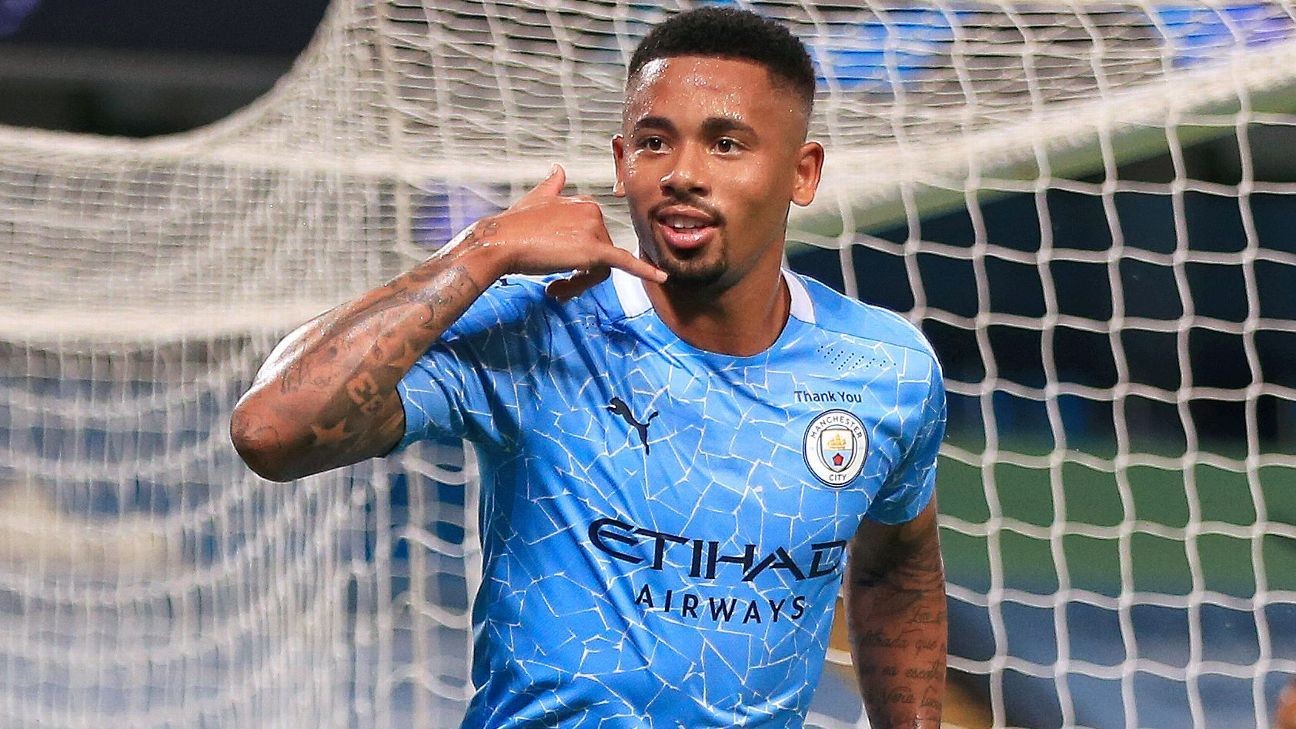 Gabriel Jesus was the key reason behind Manchester City's Champions League triumph over Real Madrid, according to manager Pep Guardiola.

The Brazilian striker had a hand in all four goals as City beat the Spanish giants 4-2 on aggregate, scoring one and making one in the 2-1 win at the Etihad Stadium on Friday.

"I think Gabriel was man of these two games," said Guardiola.

"He scored in Madrid, he provoked the penalty and today made an assist and scored. He was so decisive for us. He helped the team for the way we fought and suffered in the bad moments."

They will face Lyon in the quarterfinals after the Ligue 1 side edged out Juventus on away goals but Guardiola dismissed the suggestion his team are now favourites to lift the Champions League for the first time.

"They will all think the same, why are we more special or different than the other ones?" he said.

"I don't see one reason why. To win the Champions League you have to beat a lot of teams who have the quality of Real Madrid.

Gabriel Jesus played a part in all four of Man City's goals over the two legs. Simon Stacpoole/Offside/Offside/Getty Images

"There is still Bayern Munich if they finish the job against Chelsea. Barcelona, Napoli. We have Atletico, two-times finalists. They twice beat what is for me now the best team in the world in Liverpool. There are many incredible teams."

City will be expected to beat Lyon when they meet in Lisbon but Guardiola was quick to remind everyone they only managed to take a point from two games in the group stages last season.

"We played against Lyon last season and we could not beat them," he said. "That is the reality. I know the physicality and the quality of the manager."