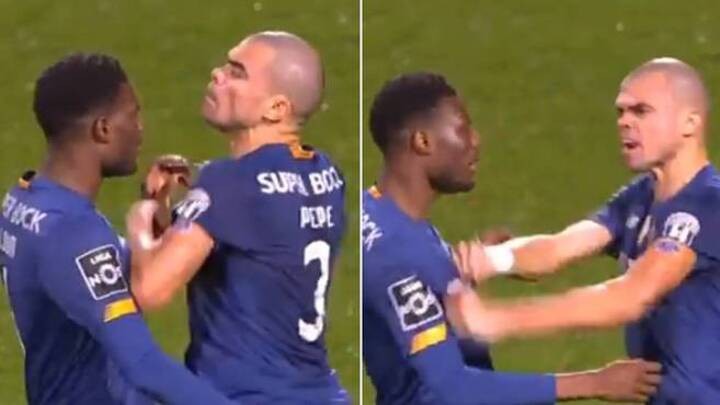 Former Real Madrid defender Pepe was at the heart of controversy for Porto in their win over Farense on Monday night as he was involved in an angry confrontation.

The Porto captain took issue with something 24-year-old midfielder Loum N'Diaye said to him and raised his arms to push his teammate away.

Other teammates rushed over to break the two up with the 37-year-old veteran visibly furious with N'Diaye's attitude in the narrow victory which keeps Porto just one point behind Primeira Liga leaders Sporting CP.