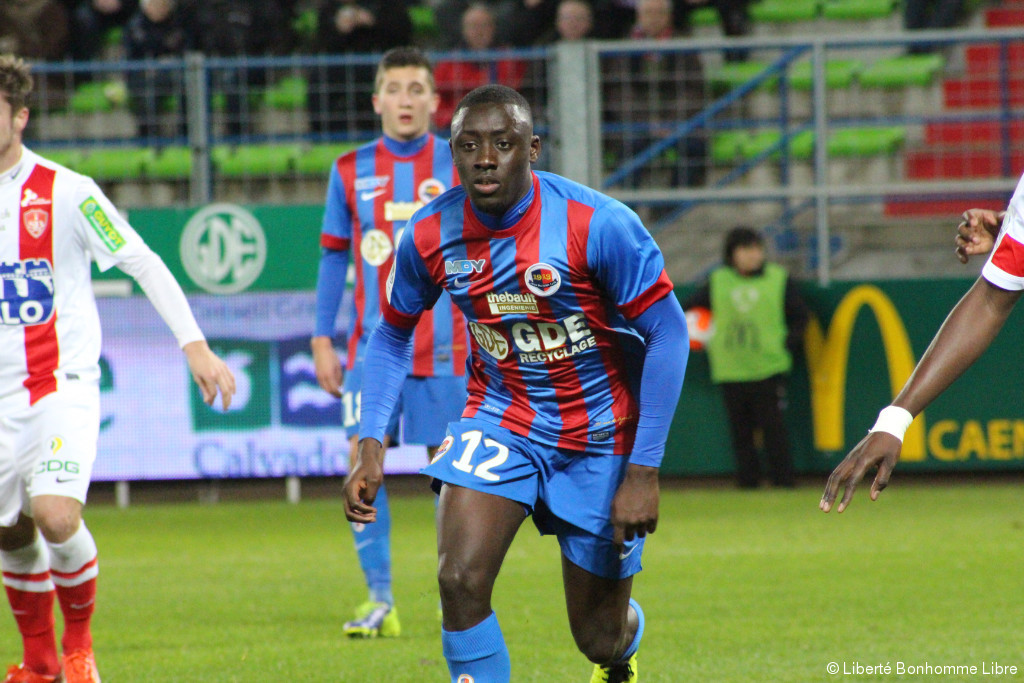 Dennis Appiah was the most impressive Ghanaian player abroad this weekend

It was a weekend of history making for Ghanaian stars abroad as Karim Bellarabi set a new Bundesliga goal record after scoring for Bayer Leverkusen after just nine seconds of kick off against Borussia Dortmund.

Dutch-born sensation Rodney Antwi also came off the bench to score the match-winner for FC Utrecht at Feyenoord to end their ten-year winless run against them.

David Accam netted a brace for Helsingborg in Sweden while his former Right to Dream Academy team-mate Isaac Telly Shaze also scored in the lower division. 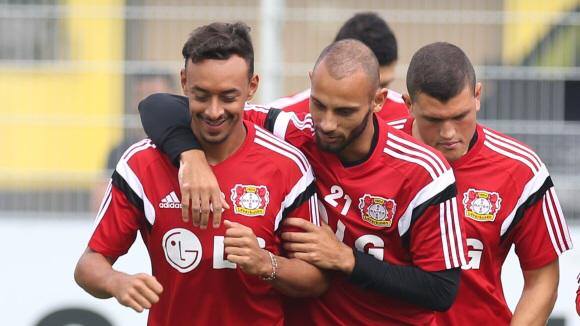 GHANAsoccernet.com's Akyereko Frimpong Manson has a comprehensive wrap on how Ghanaian stars performed abroad over the weekend.

YoungsterÂ Fatau MohammedÂ was not in the Granada CF team that defeatedÂ Dep. La Coruna 2-1.

On Sunday night,Â Derek BoatengÂ sat on the Eibar bench when they cruised to a narrow 1-0 win over Real Sociedad.

Former Asante Kotoko and Ghana U20 midfielderÂ Michael AnabaÂ could not make the Elche first team grades for their trip to Barcelona which ended in a 3-0 loss.

Leicester City slipped to a 2-0 loss at the Stamford Bridge against Chelsea. Ghana defenderÂ Jeffrey SchluppÂ played the entire duration of the game for Leicester.

Ghana starÂ Christian AtsuÂ climbed off the bench to play the last five minutes if the game for Everton who drew 2-2 with Arsenal on Saturday.

In the Championship, Ghanaian-born Norwegian defenderÂ Alexander TetteyÂ set up a goal for Norwich City who beat Ipswich Town 1-0.

Albert AdomahÂ was in full-time action for Middlesbrough who slipped to yet another defeat after suffering a 3-2 home loss.

Still in the League Two, Birmingham City loaneeÂ Koby ArthurÂ came off the bench to score in the 69th minute for Cheltenham United who beat Tranmere Rovers 3-2.

Jordan AyewÂ was in full-time action for Lorient who succumbed to a 2-0 loss against OSC Lille.

Left-backÂ Dennis AppiahÂ returned to action after his suspension was lifted and helped Caen to beat Stade Reims 2-0 on Saturday.

In the Ligue de National, former Ghana U17 strikerÂ Charles BoatengÂ was booked in the 23rd minute and played the entire 90 minutes for Avranches who beat Epinal 2-0.

Still in the Ligue de National, 21-year-old midfielderÂ Brian AmofaÂ was in full-time action forÂ Strasbourg who held FC Paris to a 1-1 draw on Friday night.

Cambuur kept their unbeaten run intact with a 1-0 away win over Heracles Almelo. Dutch-born former AZ Alkmaar wingerÂ Edwin GyasiÂ was an unused substitute by Heracles.

NAC Breda and FC Twente split points in a 1-1 draw. Ghanaian attackerÂ Kingsley BoatengÂ played 78 minutes for Breda butÂ Shadrach EghanÂ sat on the Twente bench for the entire duration of the game.Â Jeffrey SarpongÂ was unused by Breda. 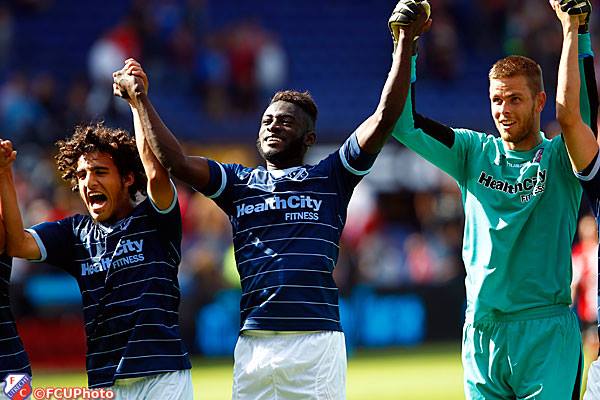 Young defenderÂ Kenny TeteÂ failed to make the Ajax Amsterdam squad in their 3-1 loss against PSV Eindhoven in the Dutch derby.

Sensational attackerÂ Osei BarnesÂ came off the benchÂ PaÃ§os de Ferreira bench in the 30th minute to play against FC Porto in a 1-0 defeat.

Alhassan WakasoÂ returned to Rio Ave to mark his debut in a 5-1 win at Estoril. The junior brother of Black Stars winger went into the referee's pocket on the 20th minute. YoungsterÂ Emmanuel Okyere BoatengÂ warmed the Rio Ave bench.

StrikerÂ Samuel OwusuÂ scored in the 44th minute for Al-Shoalah and was sent off in the 45th when they drew 1-1 withÂ Al Khaleej on Friday.

Dutch-born defenderÂ Mitch ApauÂ was booked in the 80th minute and completed the game for Westerlo who held Standard Liege to a 2-2 draw against Westerlo.

DefenderÂ David AddyÂ started the match forÂ Waasland-Beveren and played full time when they loss 1-0 at Anderlecht. WingerÂ Frank AcheampongÂ was introduced on the 68th minute by Anderlecht.

Cercle Brugge recorded their first win of the campaign at the Â expense of Lokeren by beating them 1-0. Belgian-born full-backÂ Denis OdoiÂ was in full-time action whileÂ Eugene AnsahÂ was not in the Lokeren.

Banik Ostrava made it two wins out of two after beatingÂ Brno 1-0. Former Tema Youth and Ghana U20 midfielderÂ Derick MensahÂ played the full 90 minutes for Banik. But strikerÂ Francis NarhÂ missed the game with suspension.

Former Asante Kotoko defenderÂ Gideon BaahÂ was booked on the 40th minute and played the entire duration for HJK who beat SJK 2-0.

Kevin-Prince BoatengÂ was in action for Schalke 04 but could not help them avert a 2-1 defeat at the hands of Hannover 96.

Young defenderÂ Baba Rahman AbdulÂ tasted defeat on his Bundesliga debut for Augsburg in a 2-0 loss against TSG Hoffenheim.

Karim BellarabiÂ headlined the Bundesliga over the weekend after scoring the fastest goal in the league's history, netting after just nine seconds of Bayer Leverkusen's 2-0 win at Borussia Dortmund.

In the Bundesliga II,Â Philemon Ofosu-AryehÂ committed a penalty while for Aalen who lost 2-0 againstÂ Darmstadt. 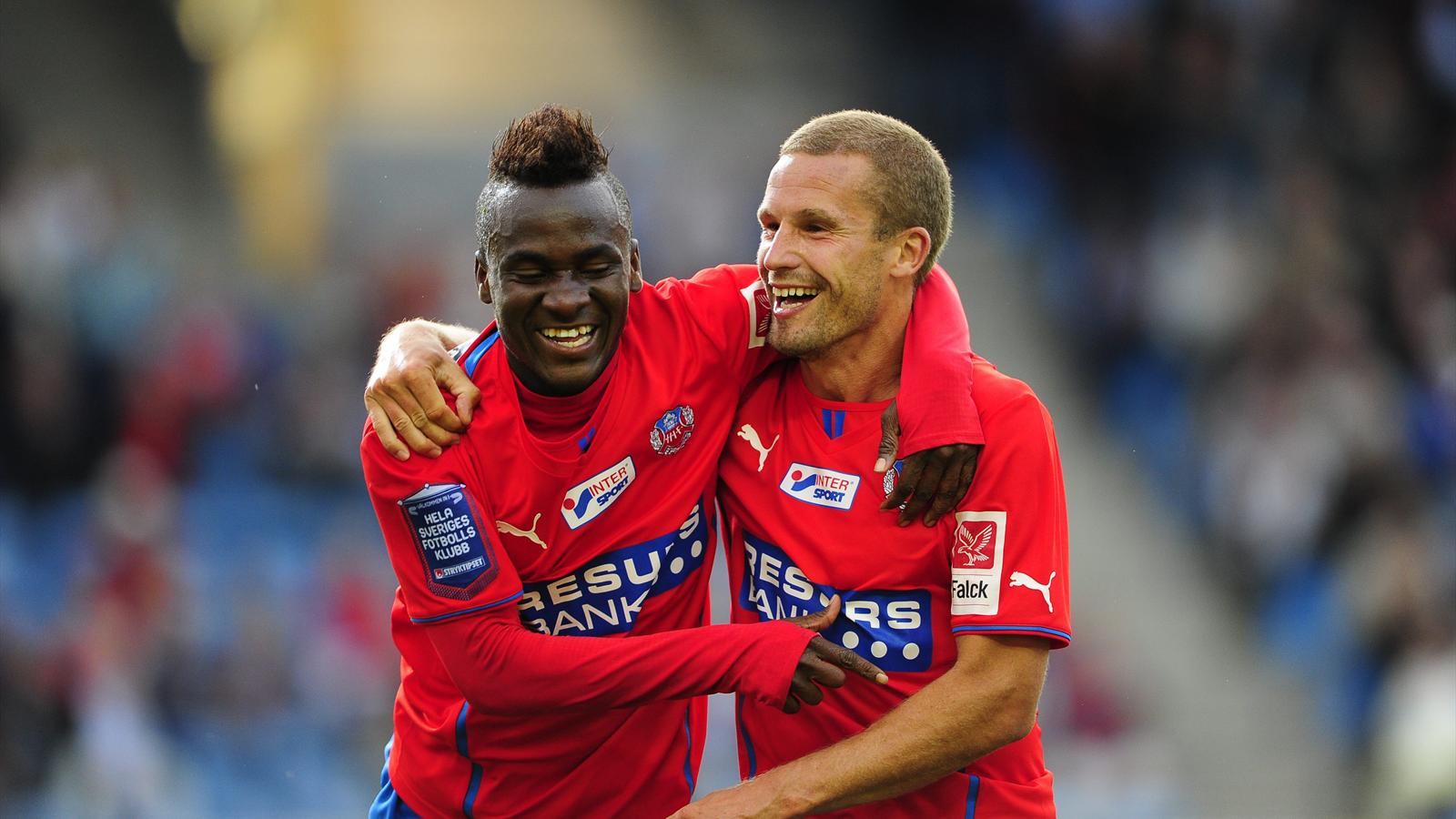 Godsway DonyohÂ was not in theÂ Falkenbergs team that recorded a 2-1 home loss against Goteborg.

King Osei-GyanÂ andÂ Joseph BaffoÂ completed the game for Halmstad BK in their 1-1 home stalemate with Elfsborg on Sunday night.

Isaac Telly ShazeÂ scored the fourth goal for Umea FC who beatÂ Skelleftea 4-3 in the Division One.

Ghana defenderÂ Isaac VorsahÂ was not in the Red Salzburg team that hammeredÂ Altach.

Doxa recorded a 2-0 defeat against Ernis on their opening game of the Cypriot top-flight season.Â Livingston AdjinÂ started and completed the game for Doxa but compatriotÂ Albert AhuluÂ sat on the Doxa bench. In the Ernis team was Ghanaian midfielderÂ Mustapha Quanyor.Â

StrikerÂ Richmond Boakye-YiadomÂ was in action for Atalanta who beat Pisa 2-0 in the Copa Italia on Saturday.

Palermo slipped to a 3-0 loss against Serie B side Modena. MidfielderÂ Amidu SalifuÂ came off the bench to play the last 31 minutes of the game for Modena while Swedish-bornÂ Robin QuaisonÂ lasted only the first 45 minutes for Modena. Young midfielderÂ Emmanuel-Prince BeseaÂ could not make the Modena squad for the game.

Michael EssienÂ andÂ Sulley MuntariÂ both started for AC Milan in their 1-0 triumph over Juventus in the Trofeo TIM Cup whileÂ Kwadwo AsamoahÂ was bench.

Stabaek stunned Stromsgodset after beating 3-2 at their Drammen home grounds.Â Nana BoatengÂ andÂ Adam KwaraseyÂ started the game for Stroms whileÂ Mohammed AbuÂ watched from the stands due to suspension. Boateng was replaced in the 39th minute.

WingerÂ Ernest AsanteÂ was in full-time action for IK Start who recorded a 4-1 away loss at Odd Grenland.

2007 Ghana U17 captainÂ Paul AddoÂ was in the FK Bryne side that lost 2-1 against Ranheim in the second-tier league on Sunday.

ElsewhereÂ Abdul Aziz TettehÂ sat on the bench for ten-man Platanias who suffered a 1-0 loss at Atromitos on Sunday.

In other gamesÂ Samuel AfumÂ played for Young Boys Bern in their slender 1-0 win over Bavois.

In the MLS,Â Dominic OduroÂ helped FC Toronto to a 2-2 draw with Chicago Fire.

Lloyd SamÂ was in action for New York Red Bulls who posted a 4-2 win over Montreal Impact.

Khalif AlhassanÂ was not in the Portland Timbers side that lost 4-2 against Seattle Sounders.

Gershon KwoffieÂ was not in the Vancouver Whitecaps squad when they suffered a 2-0 shipwreck at LA Galaxy.