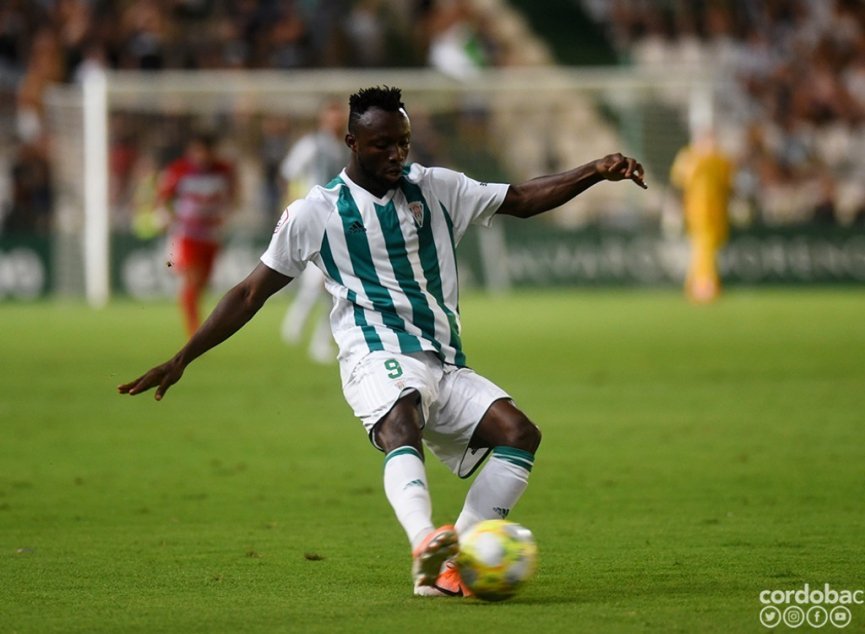 Ghana’s leading football website GHANAsoccernet.com brings to you the first installment of the performance of Ghanaian players abroad

Former Hearts of Oak Kwame Kizito was on the scoresheet as he helped BK Hacken to secure a point against Kalmar. Kizito scored the equalizer for Hacken in the game which ended 1-1

In the Championship, Albert Adomah saw 31 minutes of action for Nottingham Forest as they won 1-0 against Barnsley.

In the League One, Kwesi Appiah was unused substitute for AFC Wimbledon as they lost to Bristol Rovers by 3-1

In the National League, Ofori-Twumasi Nana and Bernard Mensah featured for Maidenhead in their 1-1 draw against Harrogate

Thomas Partey came off the bench to play 31 minutes for Atletico Madrid as they drew against Celta Vigo. Joseph Aidoo lasted the entire duration for Celta Vigo

In the La Liga 2, Raphael Dwamena saw 78 minutes of action for Real Zaragoza as they were held to a draw at home by Lugo

In the Segunda Division, Kwabena Owusu scored in the 58th minute for Cordoba as they drew against Kingsley Fobi’s CD Badajoz

In the Ligue 1, John Boye played the entire duration for FC Metz as they lost 2-1 to Amiens

In the Ligue 2, Ebenezer Assifuah warmed the bench for Le Havre as they drew 2-2 against Orleans

Rabiu Mohammed missed Paris FC game against Clermont. Abdul Samed Salis made a brief appearance for Clermont as they the game 2-0

In the Serie B, Abdallah Basit and Bright Gyamfi warmed the bench for Benevento as they won by a lone goal against Cosenza

In the Bundesliga II, Kyereh Daniel-Kofi saw 79 minutes of action for Wehen as they lost to Arminia Bielefeld

Thomas Agyepong saw 26 minutes of action for Waasland-Beveren as they drew 1-1 with Mouscron. Jonathan Osabutey was not named in the match day squad for Mouscron

Samuel Asamoah played 42 minutes for St. Truiden in their 3-0 win over Charleroi

In the Proximus League, Ahmed Said came off the bench to play 23 minutes for Lokeren in their 2-0 win over KSV Roeselare

Gideon Baah and Nasiru Mohammed featured for Honka in their 3-1 win over HJK. Evans Mensah saw 75 minutes of action for the losers

John Yeboah saw 85 minutes of action for Venlo as they lost to Willen. Jonathan Opoku missed the game Venlo