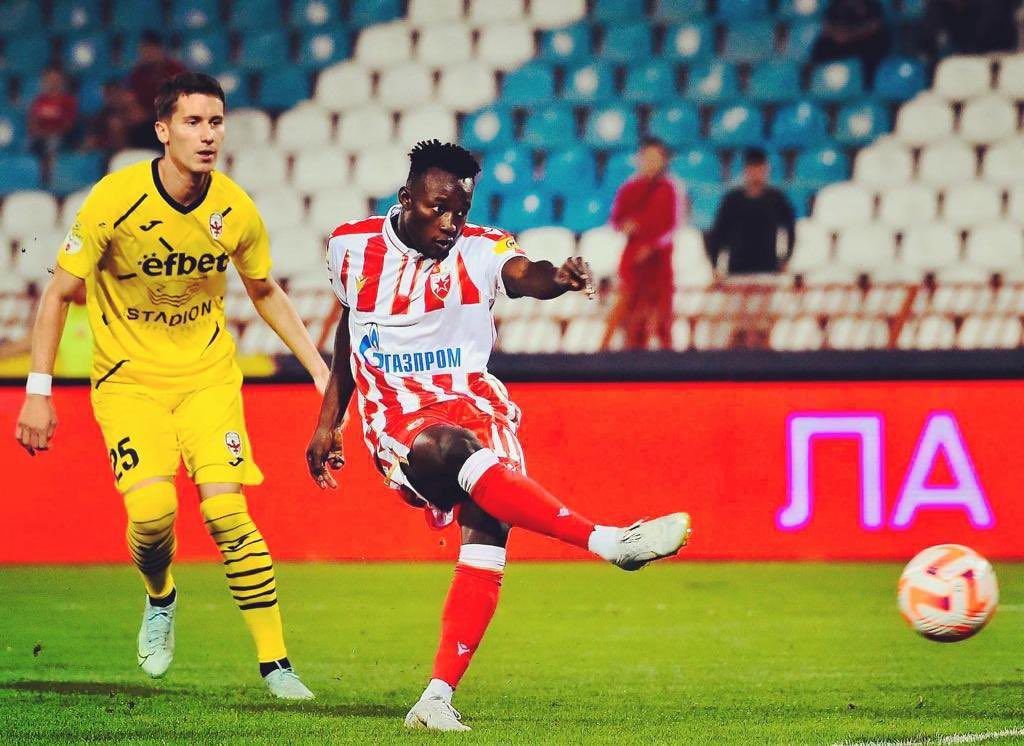 GHANAsoccernet.com brings you a comprehensive report on the Performance of Ghanaian Players Abroad.

Our reporter Herbert Boakye Yiadom details how the players performed over the weekend at their respective clubs.

Players to have scored over the weekend.

In Premier League, Thomas Partey played 90 minutes for Arsenal in their 4-2 win against Leicester City at the Emirates Stadium.

Daniel Amartey lasted 62 minutes in the game for Leicester

In English Championship, Andy Yiadom was in action for Reading as they lost 4-0 against Rotherham

Kelvin Abrefa was on the bench

In League One, Jojo Wollacott was in post as Charlton lost 1-0 to Sheffield Wednesday

In La Liga, Joseph Aidoo lasted the entire duration for Celta Vigo against Espanyol as they played a 2-2 draw

In Segunda division, Dauda Mohammed scored his first goal for  Tenerife as they lost 1-0 against Eibar

In Serie A, Alfred Duncan was an unused substitute in Fiorentina’s 3-2 win against Cremonese

In Serie B, Caleb Ekuban lasted 71 minutes for Genoa in their 2-1 win against Venezia

In Ligue 1, Kamaldeen Sulemana saw 11 minutes of action for Rennes in their 1-1 draw against Monaco

In Ligue 2, Godwin Kobby Bentil saw 61 minutes of action for Niort against Bordeaux

In Bundesliga, Daniel Kofi Kyereh came on as a substitute to play six minutes for Freiburg against Dortmund which ended 3-1

Seth Paintsil came on as a substitute to play 21 minutes for Hartberg as they 4-1 against A.Lustenau

Elisha Owusu missed the game due to injury

Francis Amuzu played 80 minutes for Anderlecht in their 3-0 win against St.Truiden

Abdul Nurudeen was on the bench for  Eupen

In SuperLig, Lasso Coulibaly, Ernest Nuamah played the full throttle in Nordsjaelland game against Aalborg which ended in a draw.

Abu Francis was on the bench

In First Division, Ebenezer Ofori was in action for Velje in their 1-0 win against Fredericia

Eric Oteng came on as a substitute to play 30 minutes

Razak Abalorah was on the bench for Sherrif

In Eredivise, Mohammed Kudus came on as a substitute to play 10 minutes as Ajax beat Groningen 6-1

Abdul-Aziz Yakubu was in action for Rio Ave

Samuel Gidi saw 45 minutes of action for Zilina in their 1-0 win against Z.Moravce-Vrable

Thomas Boakye, Sadat Karim and Phil Ofosu-Ayeh were in action for Halmstad in their big win against Jonkoping

In MLS, Emmanuel Boateng was in action for New England Revolution in their 1-0 win against DC United

Yaw Yeboah was an unused substitute in the game

Harrison Afful lasted 69 minutes in the game before being substituted.

In USL Championship, Propser Kassim and Alex Asiedu were in action for Birmingham in their 1-0 win against San Diego Loyal