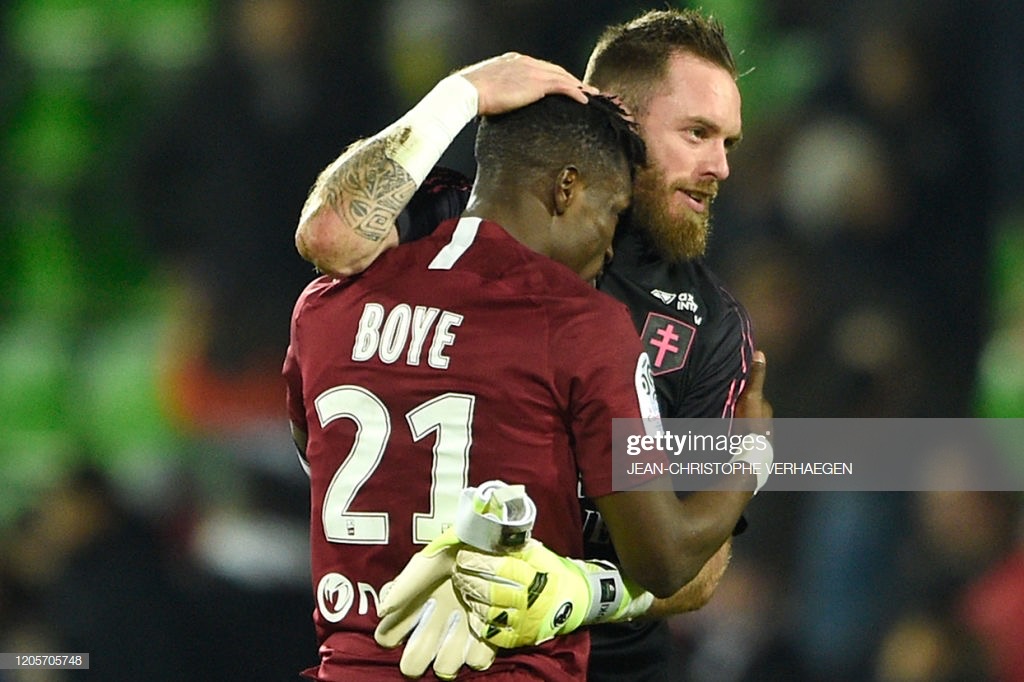 Every weekend your European football specialist Herbert Boakye Yiadom brings to you a comprehensive report on how Ghanaian players performed abroad in their respective leagues.

Ghana defender John Boye was the hero for FC Metz after sneaking in the leveler against OGC Nice in the French Ligue 1 on Saturday.

Mohammed Kudus made a return to action on Sunday after a three-month injury lay-off after featuring in Ajax's 2-2 home draw with PSV Eindhoven.

The midfielder replaced Quincy Promes in the 81st minute at the Johan Cruijff Arena.

In the FA Cup, Jordan Ayew played 90 minutes for Crystal Palace exited the competition after losing 1-0 to Wolves.

In the La Liga II, Samuel Obeng climbed off the bench to play 16 minutes for Real Oviedo in their 1-1 draw against Malaga

In the Bundesliga, Kassim Adams Nuhu climbed off the bench to play 30 minutes for Hoffenheim in their 4-0 defeat to Schalke

In the Bundesliga II, Christopher Antwi-Adjei came on a substitute to play for Paderborn in their 2-1 win over Aue

Patrick Twumasi missed Hannover 96 game against Damsradt due to injury

In the Ligue 1, John Boye got the equalizer for Metz in their 1-1 draw against Nice

In the Ligue II, Ebenezer Assifuah saw 90 minutes of action for Pau FC in their 3-1 defeat to Chambly

Nicholas Opoku was in action for Amiens as they recorded a 2-0 win over Niort.

Samuel Asamoah saw 45 minutes of action for St.Truiden in their 2-1 defeat to Club Brugge

Emmanuel Ocansey played the entire duration for Kortrijk in their 2-1 defeat to Genk.

Gideon Mensah, Abdul Mumin and Alhassan Wakaso all featured in the game for Vitoria Guimaraes in their 2-2 draw against Moreirense