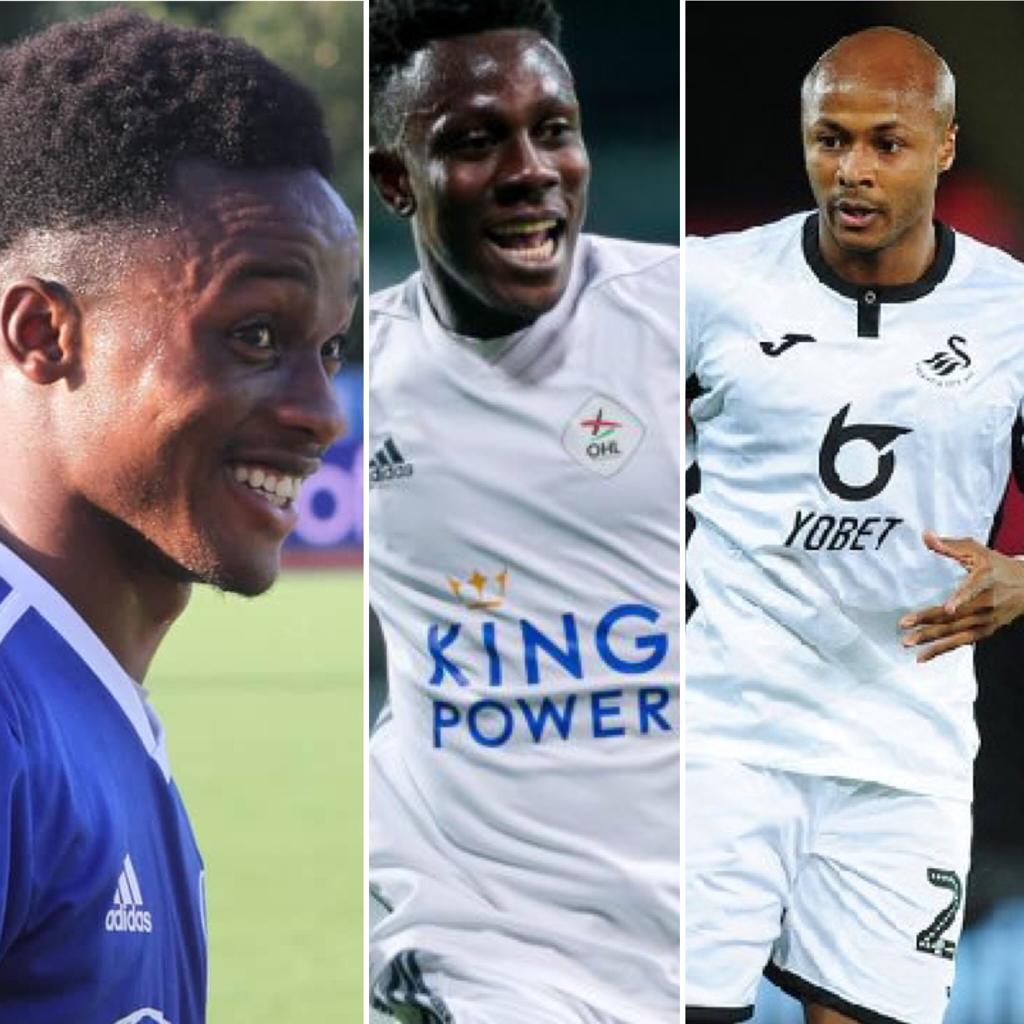 Every weekend your European football specialist Herbert Boakye Yiadom will bring you a comprehensive report on how Ghanaian players performed abroad in their respective leagues as football restarts amid the coronavirus pandemic.

Emmanuel Toku scored his fourth goal of the season for Danish side Fremad Amager in their 2-0 win over Skive IK on Saturday. The Ghanaian international scored a brace in the game for his side.

Daniel Kofi Kyereh scored for St.Pauli in their 4-2 win over Heidenheim

In the Premier League, Jordan Ayew featured for Crystal Palace in their 2-1 defeat to Everton on Saturday.

Jeffrey Schlupp was not included in the match day squad

In the Championship, Andre Ayew scored his first goal of the season for Swansea City as they defeated Wycombe 2-0

In the La Liga, Thomas Partey climbed off the bench to play for Atletico Madrid as they thrashed Granada 6-1

In the La Liga II, Baba Iddrisu saw 78 minutes of action for Mallorca in their 1-0 win over Sabadell

In the Serie A, Alfred Duncan warmed the bench for Fiorentina in their 4-3 defeat to Inter

In the Bundesliga II, Patrick Twumasi climbed off the bench to play 18 minutes for Hannover 96 as they lost to Vfl Osnabruck

Daniel Kofi Kyereh scored for St.Pauli in their 4-2 win over Heidenheim

In the Ligue 1, Majeed Waris played 45 minutes for Strasbourg in their 3-2 defeat to Monaco

In the Ligue 2, Ebenezer Assifiuah lasted the entire duration for Pau FC in their game against Amiens

In the Austria Bundesliga, Majeed Ashimeru registered an assist as Salzburg cruised to a 3-1 win against Ried

Seth Paintsil played 25 minutes in the game for Ried

In the Jupiler League, Kamal Sowah scored a brace for OH Leuven in their 3-2 win over Gent

Osman Bukari lasted the entire duration in the game for Gent

Samuel Asamoah made a brief appearance for St.Truiden as they lost 2-0 to KV Mechelen

Daniel Opare saw 90 minutes of action for Waregem as drew 2-2 against St.Leige

In the First Division, Emmanuel Toku scored a brace in Fremad Amager 2-0 win over Skive IK

Banahene was red carded in the game

In the Ykkonen, Abu Sanunu came on a substitute to play 45 minutes for KPV Kokkola as they lost 1-0 to VPS

In the Eredivise, Mohammed Kudus registered an assist for Ajax as they defeat Vitesse 2-1 at home

Ghanaian defender Abdul Kadiri Mohammed was on target for FC Arsenal Tula in their home defeat on Sunday.

Benson Anang was on the bench for Zilina as they lost 4-0 to Z.Moravce-Vrable

Lawrence Ati-Zigi kept a clean sheet for St.Gallen in their 1-0 win over Vaduz

Yaw Ackah played no part in the game for Kayserispor

In the MLS, Harrison Afful, and Jonathan Mensah featured in Columbus Crew 3-1 defeat to Toronto FC

Emmanuel Boateng warmed the bench in that game

In the USL Championship, Solomon Asante saw 87 minutes of action for Phoenix Rising in their 1-0 win over Orange County SC