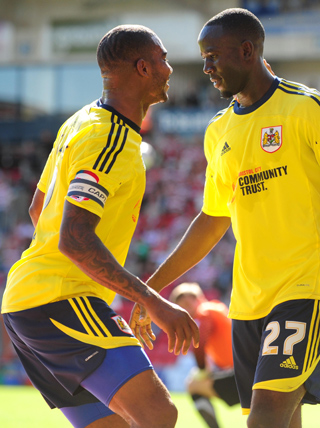 GHANAsoccernet.com has more on how Ghanaian players performed in Europe and elsewhere.

Westerlo failed to halt their slide in the Belgian Pro League.

Striker William Owusu-Acheampong did not play for them as they recorded a 3-1 home defeat to Club Brugge.

Striker Patrick Amoah watched the entire match from the OH Leuven bench as they shocked Lokeren 1-0.

Central defender Daniel Addo was part of the FC Zorya defence that failed to contain Kryvbas in their 2-1 loss.

TSG Hoffenheim suffered their second defeat in the new campaign by going down 2-1 to Werder Bremen at the Rhein-Neckar-Arena.

Black Stars central-backÂ  Isaac Vorsah played at the heart of defence for Hoffenheim while striker Prince Tagoe was introduced in the 86th minute.

Elsewhere in the Bundesliga III, Jurgen Duah scored on the 87th minute to help Preuben Munster squeeze a point out of Stuttgart II in a 1-1 statemate.

Midfieder Dennis Danso-Weidlich played 90 minutes while 19-year-old striker Phil Ofosu-Ayeh-SchlÃ¼ter was introduced on the stroke of full time for Erfurt.

Defender Marcel Appiah played the entire match for struggling Arminia Bielefeld but striker Eric Agyemang was benched in their 2-2 draw at Jahn Regensburg.

Both Jonathan Mensah and Rabiu Mohammed were unused when Dijon piped their Evian Thonon-Gaillard side 0-1 at their own backyard.

In the Ligue 2, Haminu Dramani helped Arles Avignon to see off Le Havre 1-0 at the Parc des Sports.

Teen striker Richmond Boakye-Yiadom scored on his Serie B debut for Sassuolo which brushed aside Nocerina 3-1.

It was the 18-year-old's third goal in three straight games and compatriot midfielder Isaac Cofie was brought after 79 minutes.

Anthony Annan's Eredivisie debut delayed due to work permit issues and his Vitesse Arnhem side suffered a humiliating 4-1 defeat at Ajax Amsterdam on Friday night.

Mitch Apau and Jonathan Opoku both played for Veendam which succumbed to a 2-1 defeat at the hands of Den Bosch.

Real Sociedad got their La Liga season to a flying start by beating Sporting Gijon 2-1 at the Estadio Municipal El MolinÃ³n.

Richard Boateng missed out of the Granada FC first team squad that lost 1-0 in their opening La Liga to Real Betis.

Wigan Athletic took advantage of a blundering Neil Warnock's QPR side to beat them 2-0.

Striker Patrick Agyemang was anonymous in the 90 minutes he lasted on the DW pitch.

Out-of-sought Sunderland failed to score at substandard Swansea City drawing 0-0 with them.

In the Npower Championship, striker Albert Adomah scored his first goal of the season for Bristol City which drew 1-1 at Doncaster Rovers.

Winger Lloyd Sam was brought on on the stroke of full time when Leeds United lost 2-1 at Ipswich Town.

In the Major Soccer League, Gershon Koffie played full throttle for Vancouver Whitecaps which nicked a 1-0 win over Houston Dyanmo.

Striker Dominic Oduro scored the opener for Chicago Fire in their 2-0 win over Colorado Rapids.

In the Swedish lower tier, Jeff Ofori helped Panellinios to draw 1-1 with Alta.