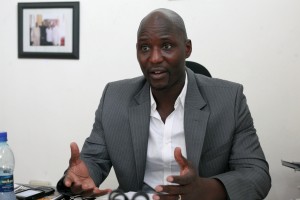 The Professional Footballers Association will be tabling a proposal to the Ghana Football Association to constitute an award scheme for players who served the country with distinction.

According to the general secretary of the welfare body, Tony Baffoe, the players are the primary actors of the game and need to be well taken cared off even after their playing careers.

â€œSome of our retired players are not living well at all and we need to do something to show appreciation for their work for the nation,â€ Baffoe exclusively told GHANAsoccernet.com.

â€œWe will present and discuss the issue with the Ghana FA to see whether maybe we can have ex-gratia for players who paid their dues in the 60â€™s, 70â€™s and early 80â€™s and won the African Cup but didnâ€™t have anything, something must be done for them.â€

The issue of ex-gratia has been in the news recently with an ongoing debate as to whether executive committee members deserve severance packages for their selfless contribution to Ghana football.