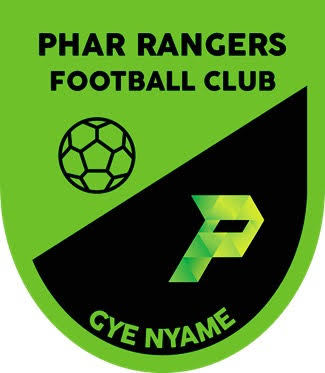 The Ghana Football Association has reinstated Phar Rangers as National Division One following their recent legal win at the Court of Arbitration for Sports (CAS), GHANAsoccernet.com can report.

The Ghana FA has reinstated the club in the Division One League on the instruction of the global  adjudicatory chamber.

"The Ghana Football Association acting on the instruction of the Court of Arbitration for Sports (CAS) would like to confirm that your Club has been reinstated in the Division One Zone Three League, a letter signed by Ghana FA deputy general secretary Alex Asante read

"By this development, Phar Rangers Football Club will be eligible to participate in the 2019/2020 Division One Zone Three League when it commence."

Despite finishing 12th on the Zone III table at the end the 2016/17 season, Phar Rangers were relegated to the Eastern Region Division Two League with Okyeman Planners who finished 13th earning a slot to maintain their status in the DOL.

This was because Planners won a protest against relegated Okwawu United for failing to pay a fine after their week 29th clash.

But Phar Rangers argued that since Okwawu United failed to pay their fine before their week six league clash, they lose all points in their matches from week 7 to week 30.

Meaning they would also profit from three points and three goals to survive.

It took the Ghana FA Disciplinary Committee 48 days to respond to Phar Rangers' protest with the flimsy excuse that they have no jurisdiction over the case.

Rangers exhausted all the judicial processes at the FA before heading to Switzerland for review.

The CAS ruling read: ''The appeal filled by Phar Rangers FC against the decision of the Appeals Committee of the Ghana Football Association of 23 February 2018 is upheld.

''The decision of the Appeals Committee of Ghana Football Association of 23 February 2018 is set aside and replaced by this award.

''The costs of the arbitration, to be determined and served to the parties by the CAS Court Office, shall be borne by the Ghana Football Association.

''The Ghana Football Association is ordered to pay an amount of CHF 6,000 to Phar Rangers as a contribution to the costs and expenses incurred by Phar Rangers FC in connection with these arbitration proceedings.''