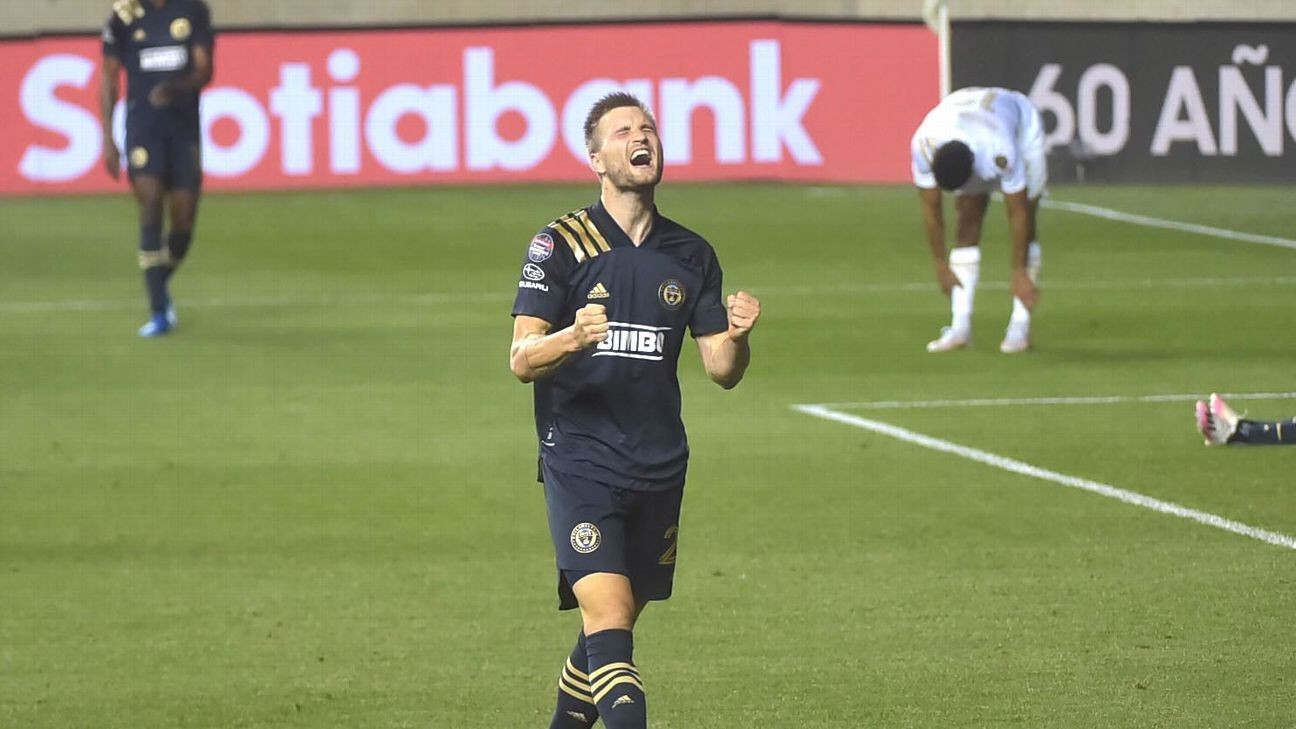 The Philadelphia Union cruised into the CONCACAF Champions League semifinals, completing a 4-1 aggregate victory over Atlanta United with a 1-1 draw in the second leg on Tuesday in Atlanta.

The Union will oppose either the Portland Timbers or Mexico's Club America in the two-leg semifinals, which will be played in mid-August and mid-September. The Timbers-America series is tied 1-1 heading to the second leg at Mexico City on Wednesday.

- ESPN+: MLS chat and more on ESPN FC Daily (U.S. only)
- Which MLS youngsters are ready for Europe?

Atlanta United attempted to get back into its match Tuesday by scoring the opening goal. Santiago Sosa took a pass just outside the 18-yard box, turned past a defender and fired a low, hard shot inside the far post in first-half stoppage time.

The Union got an insurance goal in the 88th minute when a botched clearance attempt by Atlanta left the ball for Kacper Przybylko, facing a nearly vacated net. He fired in a 10-yard shot to level the evening's score.