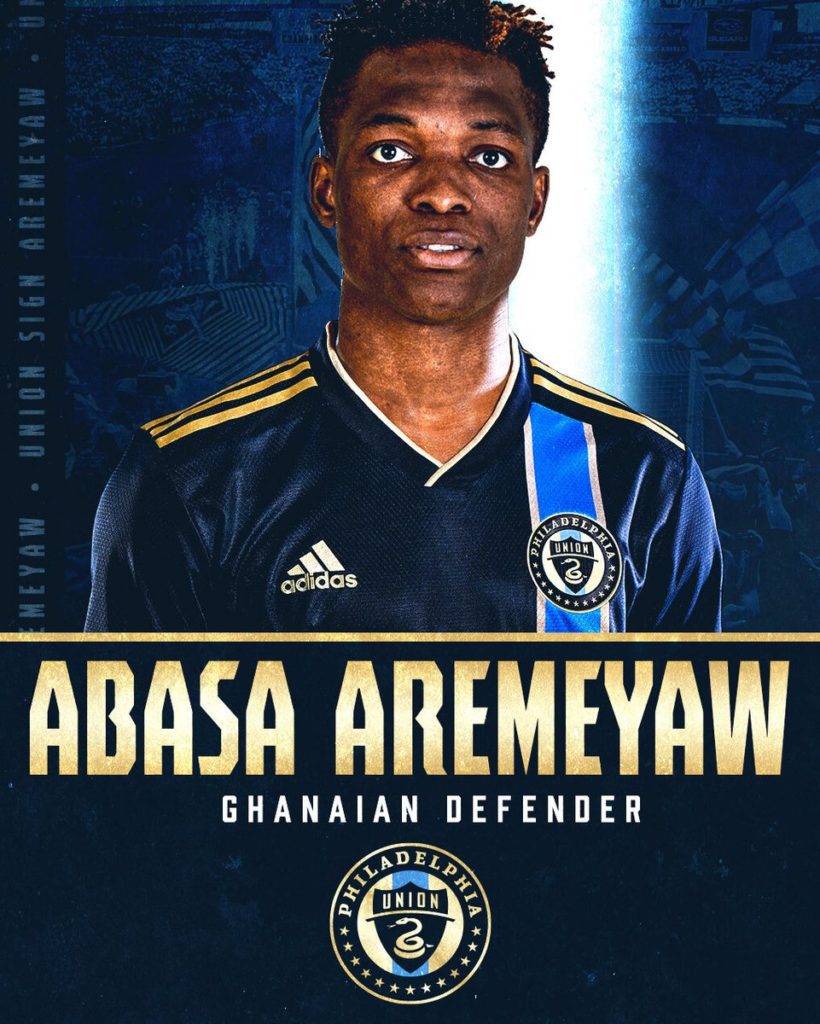 The Major League Soccer club signed defender to a two-and-a-half-year contract earlier this week with a club option for a third and fourth year.

Aremeyaw joins the Flyers as a free agent and will fill an international roster spot.

The 18-year-old made seven appearances for MSK Zilina B in Slovakia's 2. Liga.

Prior to that, he began his professional career with MK Zilina's first team in Slovakia's top flight.

“Abasa is a promising young player who has the physique and skill to develop into a contributor in our back line,” Tanner said in a release.

“His demonstrated ability to make an impact on set plays, combined with his speed and agility, makes him a good fit in the strong defensive system we have built. We look forward to integrating him into the team.”

Aremeyaw is the second player the Union have signed in the final week of the Secondary Transfer Window, following the acquisition of 21-year-old defensive midfielder Richard Odada from Serbian side Red Star Belgrade on Tuesday.